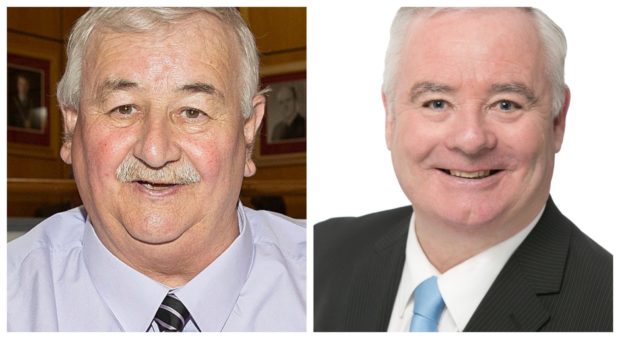 A CARLOW councillor who featured in an RTÉ investigation into expense claims has said the issue highlighted was not major.

Carlow Fianna Fáil councillors Arthur McDonald and John Pender were identified in an RTÉ Investigates online story that claimed councillors had broken mileage rules. The pair had attended training events and conferences on successive days and had not claimed on the shortest overall route, a rule set down by the Department of Local Government. Both councillors said they were unaware of the rule.

Carlow County Council had not challenged the claims and had overpaid around €220 to cllr McDonald and €11o to cllr John Pender. The monies had been repaid by the councillors when they were made aware of their error by RTÉ.

Cllr McDonald said: “The council did not realise it any more than me that there was an issue there. It was not a massive one. I am not going to comment on it further.”

He added: “As soon as I knew an error was made, I paid it back. It was not a huge amount of money. I do not think it’s a huge issue. That’s as far as I am concerned; other people may think differently.”

Cllr John Pender said: “I wasn’t aware of it at the time, and equally the people who processed it were not aware of it either.”

Cllr McDonald attended a training event in Nenagh, Co Tipperary on Thursday 16 October 2014. He returned home that evening before leaving again for a session in Buncrana, Co Donegal which was to be held the following day. He received mileage payments totalling €585 based on his return trips. However, his payment should have been calculated on travelling directly from Nenagh to Buncrana.

A similar issue arose in April 2018, this time involving events in Tullamore and Tralee held on successive days, with cllr McDonald claiming for two return trips, a sum that amounted to €561.

Cllr Pender also attended the same events, claiming for the return trip to Carlow from Tullamore before heading to Tralee the same day. “From Tullamore to Tralee is about 20 miles less than Carlow to Tralee,” he said. “But because it was on the same day, it should have been a single journey.”

Cllr Pender recalled that the events involved the launching of a Traveller strategy document and a planning conference. As chair of the council’s housing strategic policy committee at the time, cllr Pender said they were important events to attend.

“They are all relevant to your work as a councillor and your role. These were not introduced by councillors, but the minister of the day.”

Cllr McDonald made a point that he had often been out of pocket from attending meetings and events relating to his role as a public representative, including his position in the HSE regional health forum. Self-employed and running a small farm, cllr McDonald said he would spend a lot more finding cover for his work than the expenses and mileage arising from an event.

The story was part of a lengthy nationwide probe into councillors’ expenses by RTÉ Investigates.

Cllr McDonald said: “I suppose RTÉ were doing a job. This investigation, I was told, was going on for three years … probably cost €2 million, if you know RTÉ.”

In a statement, a council spokesperson confirmed the overpaid amounts had been refunded and they related to two trips being made on the same day.