Paul Reid: ‘There’s one big hurdle in our way and that’s the Delta variant’ 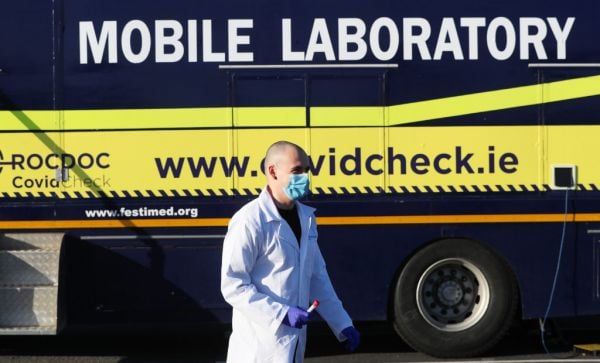 The threat of the Delta variant is one “big hurdle” the country has to overcome in its battle against Covid-19, according to the chief executive of the HSE.

Paul Reid said the public can approach the threat with a level of confidence that stems from the vaccination programme.

In his weekly HSE briefing, Mr Reid also said the five-day and seven-day averages of the virus have jumped by 160 per cent and 150 per cent respectively, compared to two weeks ago.

Compared to last week, the overall 14-day incidence rate is up more than 66 per cent.

Health officials say their concerns about the potential impact on hospital numbers over August remains high.

“It’s equally true or fair to say that there’s one big hurdle in our way for the moment that we have to cross and that’s related to the Delta variant and its potential impacts between now August and September,” Mr Reid said.

“Like trying to cause any hurdle, we should go into with a level of confidence.

“Confidence that the vaccination programme is giving more protection everyday to more and more people.”

Mr Reid said indications of the virus shows that it is growing nationally.

“But on vaccinations, equally, we should take good confidence with what’s happening there and the programme there’s no doubt it’s really flying.

“In July, over a million vaccines alone were administered.

“If we are achieving higher numbers of Covid patients throughout August and September, it poses a real threat to the progress we’ve been aiming to make in the last few weeks in getting back to non-Covid care, to get back to elective care and none of us want to turn the dial back down on that one again.

“We know the impact it’s had on them for the last 16 months.”

A day of major milestones in the vaccine rollout:

💉 We now have >50% of our TOTAL population fully vaccinated

💉 >5.34m doses have been administered to date@HSELive

A total of 5.34 million vaccines have been administered to date, with three million people having received their first dose, and almost 2.5 million people are fully vaccinated.

Testing volumes are up 15 per cent compared to last week, with a positivity rate of more than 10.5 per cent.

There has been a delay in publishing updated data following the cyberattack against the HSE.

“That’s a huge number, and something that we have to really focus on,” she added.

“We had started to make some inroads in our outpatient list late last year, but the surge from January to March really affected that.

“Our ability to do outpatient work was severely compromised and impacted even further by the cyberattack.”