Not a mask in sight at British Grand Prix 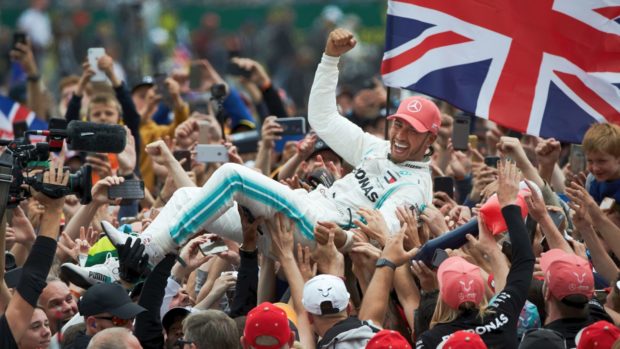 I HATE to say this, but didn’t I talk about the numbers testing positive doubling up. That was when the figure was less than 500. Now it is more than 1,200 and God only knows when it will stop rising.

That said, thankfully the same cannot be said for hospitalisations or those in intensive care. The vaccine appears to be doing its job in that regard, so the rush to get as many people vaccinated as quickly as possible appears to be the right call.

When you see the numbers in attendance at the British Grand Prix last weekend – and not a mask in sight except for those on the grid lane – you would have to wonder if they are paying any attention to public advice about maintaining distance.

Granted, the skies opened for non-essential travel again on the 19th, but thankfully the expected stampede didn’t seem to materialise. But it will only be a matter of time. We know this fine spell of weather will not last and as soon as the dark clouds begin to hover again, people will look to the skies and then to their computer screens to see if a deal can be had before the kids return to school.

And judging by the adverts, that time will be here before we know it. Whenever you hear the adverts for school uniforms, you know it is only a matter of weeks before we will all see little ones in their brand-new gear heading off for what they believe will be the adventure of a lifetime.

It can be all of that, but for the past two years it hasn’t been too much fun for pupils, parents and teachers. I pity anyone who has had to home-school – I know I would have been a complete disaster, not having the discipline to stick to a curriculum or the patience to answer all of the questions. I know that many people have had a few words to say about teachers getting full pay for months on end while others had to live on €350 a week, but give credit where it is due: I wouldn’t be a teacher for all of the tea in China.

Speaking of giving credit to someone, I happened to be in Harry Corry’s the other day in search of something, anything, that would allow me to open a window in the house while at the same time keeping the flies out. I don’t know about you, but I abhor flies. It’s not just the nuisance of taking a swipe (and missing) whenever they try to land on your food, but it is the very thought of what they do as soon as they land that absolutely disgusts me.

Many years ago, I attended a brief hygiene training course, which showed a short film of a fly at work and how we end up with a rumbly tummy or worse after they have done their business on our food. Trust me, if you had seen that video, you would never want to see a fly in your house again.

Anyway, so there I was trying to explain my case to the girl at the cash desk. “I know exactly what you want, but I don’t have it,” came the reply. Lovely, I thought, just what I wanted to hear.

But there was more. Not alone did the employee give me the name of the product I needed, she then told me where to buy it (Home Store and More). Isn’t it nice to be nice!

One minute I was trying to explain what I needed a net curtain for and the next I was walking out of another shop with the branded product, which did the job for me. Happy days! Mind you, I still want the good weather to continue, even if it does bring out every fly in the country.