Half of hospitality workers claim Covid guidelines not being followed, survey finds 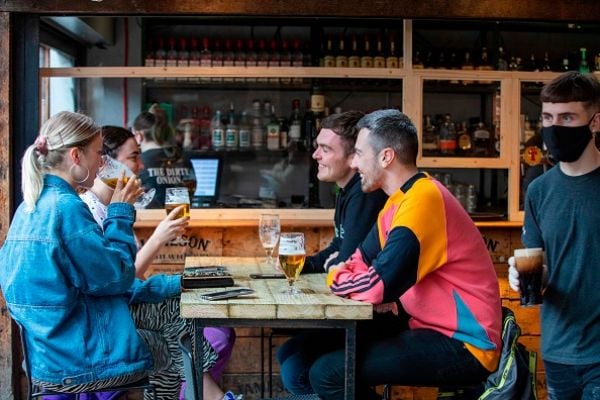 Half of hospitality workers say Covid-19 guidelines are not being followed in their workplace, according to the findings of a survey carried out by trade union Unite.

The report on the survey’s findings, ‘Hidden Truths: the reality of work in Ireland’s hospitality and tourism sector’, also found staff reported high levels of low pay, bullying and discrimination within the sector.

Unite, which represents workers from across a number of sectors including hospitality, released the report on Monday, coinciding with the return of indoor dining.

The survey of workers found 55.6 per cent of respondents were paid less than €12.30 per hour, while 70 per cent said they were not given the required breaks during the working day.

Three quarters of workers said they received no premium payment for working on Sundays, and half did not receive tips or said they were unaware of the practices regarding tips in their workplace.

Approximately 70 per cent of respondents reported they have experienced bullying while at work, however, up to 55 per cent said they did not report the incidents for fear of repercussions.

Just under three quarters of respondents claimed their workplace is deliberately understaffed, leading to an overload of demands on workers.

As a result, 80 per cent said working in the industry has had a negative impact on their mental health and well-being, while 65 per cent said they have no work/life balance, largely due to regularly working unsocial hours.

Commenting on the report, Unite’s hospitality and tourism coordinator Julia Marciniak said: “This survey helps provide a solid evidence base for what hospitality workers have always known: the sector is dominated by low pay, insecure contracts and poor working practices, bullying and discrimination.

“It is clear that we need to re-boot the sector to ensure that it provides good jobs,” she continued.

“As indoor hospitality re-opens today, it is particularly worrying that over half of those who responded to Unite’s survey reported a lack of adherence to Covid safety guidelines, with nearly 55 per cent lacking easy access to hygiene facilities.

“The pandemic has shown us that, if workers are not safe no-one is safe,” Ms Marciniak added.