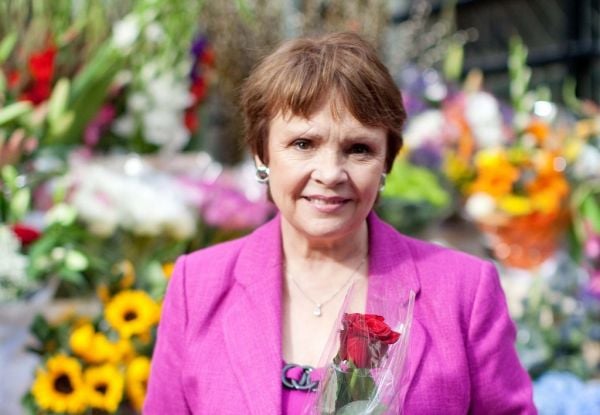 The High Court has struck out separate actions in which a mother and daughter alleged they were defamed by singer and former Presidential candidate, Dana Rosemary Scallon.

Mr Justice Brian O’Moore dismissed and struck out both actions on Monday over the failure by Susan Stein and her daughter Susan Gorrell to comply with a 2018 court order to pay €150,000 security for costs.

They previously told the High Court and Court of Appeal, and reiterated their position in an email from Ms Stein last week, they will never be in a position to pay the security, he noted.

For reasons including the cases had weighed on Ms Scallon for almost 10 years, the judge was also satisfied, in the exercise of his discretion, to strike out both cases rather than stay them.

In their actions, both women claimed Ms Scallon, while being interviewed on TV3 during the 2011 Presidential election campaign, made statements which meant both women had maliciously made up claims that Ms Gorrell was sexually abused between 1971-81 by her uncle, John Brown, who lived in England. They claimed the allegations of abuse were true.

Ms Gorrell subsequently made a complaint to the English police.

Mr Brown (64), of Bracknell, Berkshire, who denied all the claims against him, was cleared in July 2014 of charges of indecent assault of two girls aged under 13 and 16 at several locations in Northern Ireland and England in the 1970s and 1980s.

In 2014, both women settled their defamation actions against TV3 on terms including an undisclosed payment. That settlement was made without consent of Ms Scallon who continued to defend the proceedings, the court was told by her counsel Eamonn Dornan BL on Monday.

Ms Scallon denied defamation and denied all the claims against her.

She later sought security for costs orders. After the High Court refused security, she appealed to the Court of Appeal.

In late 2018, the COA directed the plaintiffs to provide €150,000 security after finding the High Court had correctly concluded Ms Scallon had a bona fide defence to the claims capable of succeeding before a jury trial and the plaintiffs had failed to discharge the burden of proof with regard to their issue of their alleged impecuniosity.

Ms Scallon, through her lawyers KRW Law LLP, initiated an application last year seeking to strike out both cases.

Neither woman was represented in court when Mr Dornan moved the application before Mr Justice Brian O’Moore on Monday.

In her affidavit grounding the application, Ms Scallon said the cases should be dismissed and struck out on grounds of failure to pay security, abuse of process and disclosing no reasonable cause of action.

Their continuation is frivolous and/or vexatious in circumstances “where my brother has been fully acquitted of the charges, based on the same allegations which I had asserted were false and malicious lies’ or ‘false accusations’ or ‘unsubstantiated and malicious rumours’”, she said.

The cases should also be struck out for want of prosecution in the past two years, she said.

In his ruling, the judge said he would strike out the cases over the failure to pay security. The other grounds for strike out would require deeper analysis, he said.

He will deal on a later date with an application by Ms Scallon for costs of the strike out application to be paid by TV3.