Counterfeit Viagra pills imported to Clare were destined for Lithuania 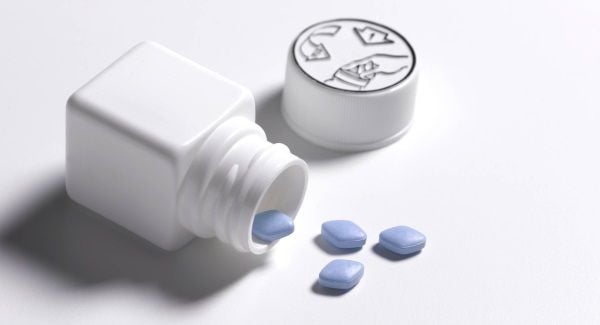 A €65,000 consignment of counterfeit Viagra imported by a Co Clare chef was destined for a sex shop in Lithuania, a court has heard.

At Ennis District Court, solicitor for Ennistymon based chef, Mindaugas Maksimavicius (41), John Casey said that his client “is extremely naive”.

Mr Casey said that it never entered Mr Maksimavicius’s head that he was doing anything illegal.

Mr Casey commented that his client “doesn’t use Viagra himself”.

In the case, Judge Alec Gabbett found Mr Maksimavicius guilty of importing into the state 13,160 Pfizer Viagra tablets on April 17th 2018 at the DHL facility at Shannon airport knowing, or there were sufficient grounds to suspect, that it was a falsified medicinal product.

Judge Gabbett put Mr Maksimavicius on a Probation Bond and ordered him to pay €1,000 towards the destruction of the counterfeit drugs.

Mr Maksimavicius contested the prosecution brought by the Health Products Regulatory Authority (HPRA) and as part of the case HPRA Enforcement Officer, Alan Smullen brought the box containing the 13,160 tablets into the witness box.

Mr Smullen stated that when first asked about the consignment in April 2018 at his home at Bow Lane, Ennistymon, Mr Maksimavicius said that he was expecting a parcel of Viagra.

Mr Smullen stated that Mr Maksimavicius changed his story and later said that he was “told the package would contain supplements to make men’s sexual performance better”.

The native of Lithuania said that he was doing a childhood friend a favour and was not going to receive any financial benefit.

Mr Maksimavicius said that his friend told him that the products was going to a sex shop in Lithuania and that they were coming via Ireland from China to avoid taxes.

The overall distance for the drugs from China to Lithuania via Shannon would have been around 11,000 km.

Mr Maksimavicius told HPRA investigators: “I didn’t know it was a medicine. I trusted a child-hood friend on condition that everything was right.”

Mr Maksimavicius said at interview: “If I had known what it was about I would never have got involved. I consider it a risk to the public health because the consequences to users could be horrible and high risk and I am offering my full co-operation to bring the person responsible to justice.”