Man caught with stolen car while on probation is jailed 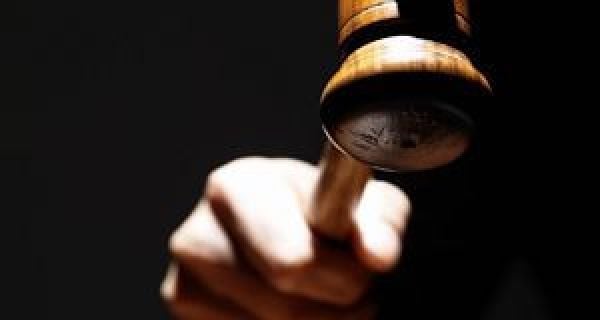 A man who was still on probation when he was caught with a stolen car by gardaí on a stakeout will serve 18 months of a previous suspended sentence on top of a two-year jail term.

Alan Melia (27) with an address at Cherry Orchard Avenue, Ballyfermot, Dublin 10, pleaded guilty to the charge of possession of a BMW 520 in the car park of the New Bancroft Apartments, Tallaght Village, Dublin 24, on September 29th 2020.

He has 92 previous convictions, 15 for theft offences, eight for unauthorised taking of a vehicle and handling stolen property, along with convictions for burglary, criminal damage and arson.

Garda Luke Beattie told Diana Stuart BL, prosecuting, that two days prior to the offence, a couple living in Celbridge, Co Kildare had woken in the morning to discover their front door wide open and the entire downstairs area of the house disturbed.

Two sets of car keys were taken in the burglary and both cars were gone from the driveway.

Melia’s female co-accused has been sent forward for trial next year.

The grey BMW was later spotted in the apartment complex car park in Tallaght, and gardaí placed it under observation, Garda Beattie said.

The operation lasted through the night, until Melia was spotted approaching the car, taking something from behind the rear bumper, and getting in.

The officers approached the car and arrested Melia, finding the key in his jacket pocket – and also pliers and a pair of gloves.

The car had been damaged, and was written off completely by the insurer.

Ms Stuart said its owner had declined to make a victim impact statement, but wanted the court to know the loss of the car had caused disruption to family life, including getting his child to sleep.

She said the conviction should trigger the activation of the suspended two and a half years of his previous five-year sentence in 2017 for handling a stolen car.

He put it to Garda Beattie that his client had been diagnosed with both ADHD and oppositional defiant disorder, saying he had put the reports before the court.

“There are cognitive difficulties,” Mr Spencer said, adding that Melia would “clamour to fit in” with a group, and is “very easily prevailed upon” and “very malleable”.

Garda Beattie said he had seen some documentation, but could not comment on the diagnoses.

‘Failed by the system’

Mr Spencer said his client had been 23 at the time of the original offence and had spent much of his young life “in and out of prison” after “getting involved with older crowds and people who manipulated him”.

He is now a father, Mr Spencer said, and “wants to make a better life for his son.”

Mr Spencer said Melia was the youngest of six children, and that his mother had “for years tried to get help” for his various diagnoses, suggesting he had been “failed by the system”.

His mother, who was in court to support him, wanted her “caring and loving son” to “live a normal life without prison”.

Mr Spencer said the car had been returned to its owner.

“I’m not sure if your car disappeared and turned up in this manner that you’d consider it a minor matter Mr Spencer,” Judge Melanie Greally said.

“There may have been damage done to the car,” he replied,” but not by Mr Melia. “The car was effectively damaged and written off, so the insurance claim would have covered it,” he added.

“There’s no suggestion in evidence Mr Melia stole this car. We can only give him the benefit of the doubt in this matter – it was a stolen item that he did not damage.”

He asked her to place the offence in the lower category.

“The offending was carried out during a suspended sentence for an identical crime,” Judge Greally said, and that was an “aggravating factor”.

“Mr Melia is a young man with a very long history of offending and there is a significant number of offences relating to motor vehicles – unauthorised taking, dangerous driving – along with other offences, burglary, arson, criminal damage matters,” she said.

She said she had thought he would “benefit” from setting a very high headline sentence and suspending a long portion of it.

“That didn’t come to pass,” she said.

She ordered two years’ imprisonment for handling the stolen BMW, and said she would activate 18 months of his suspended sentence to be served consecutively, leaving the final 12 suspended for a year.

Shouting to his mother as he was taken to the custody area, he said: “I love you, right.”