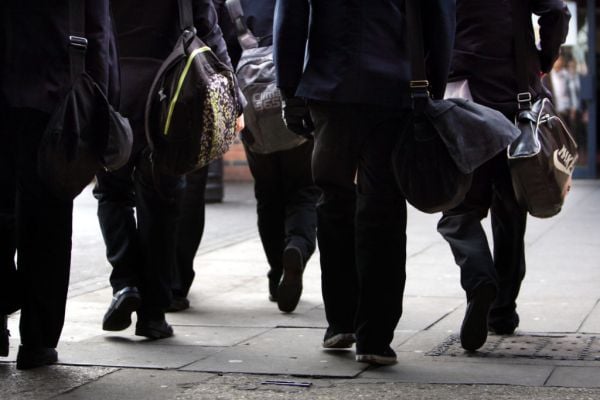 A deaf primary school student has brought a High Court challenge to compel the Minister for Education and the school he attends to provide him with full-time access to an Irish Sign Language (ISL) teacher.

The action is being brought on behalf of a boy, who has been deaf since birth, who the court heard requires to be taught by a qualified ISL teacher at the primary school he currently attends.

The applicant, who is suing through his father, cannot be identified by order of the court. The court heard that the boy’s parents are hugely concerned about his education.

The lack of supports, it is claimed, may have left him years behind his potential.

Represented by Derek Shortall SC and John Temple Bl, it is claimed the child’s parents have sought the supports the boy needs for some years, but have not received them.

The court heard the boy had at one point during his education had been provided with an ISL-qualified teacher, but that person was provided with a contract of employment that did not provide benefits such as paid annual leave or protective leave.

In more recent times persons have been hired by the school as Special Needs Assistants to help the boy with his education.There have been issues over some of those person’s qualifications, while one qualified person turned down the job due to the low payment being offered.

The applicant claims the Minister is obliged by the Oireachtas to provide ISL classes and supports, and that there are sufficient persons trained for the provision of said support.

It is further claimed that the school the boy attends is legally obliged to do all that is reasonable to ensure that those who cannot hear are provided with an interpretation into ISL as part of their education.

Counsel said the failure by the Minister and the school to provide these supports amounts to a failure both by the school and the Minister to meet their constitutional and statutory obligations to the boy.

In judicial review proceedings against the Minister for Education and Skills and the school the child attends various orders and declarations are sought. These include an order requiring the respondents to provide him with an ISL teacher within 30 days.

He also seeks declarations including that the respondents have failed to provide him with an adequate and appropriate education as required under Artice 42 of the Constitution, and various Education Acts.

He further seeks a declaration that contrary to the 2017 Irish Sign language Act, the respondents have failed to provide him with the appropriate supports for deaf children,

The action came before Mr Justice Charles Meenan on Wednesday who granted the applicant permission, on an ex-parte basis, to bring the challenge.

The judge said he was satisfied to grant leave to bring the case, but expressed his concerns about the court’s jurisdiction to deal with issues concerning the payment of teachers trained in ISL.

In reply Mr Shortall said the action did not involve issues concerning teachers pay, but was about vindicating the rights of his client.

The matter was adjourned to a date in August.