Community in shock as murder probe launched into death of child 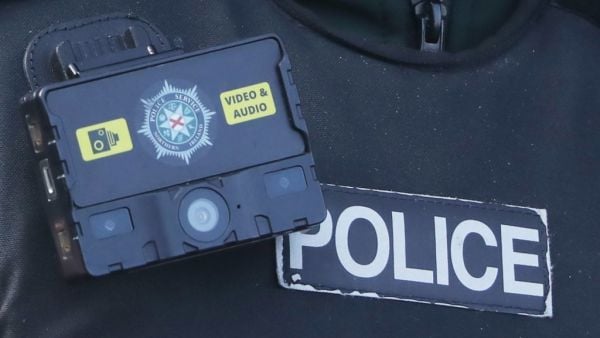 A north Belfast community is in shock and numb after a murder investigation was launched following the death of a young child, the MP for the area has said.

A woman has been arrested following the incident involving two young children in the Ardoyne area of the city on Tuesday evening.

Ambulance crews had earlier taken the two children to hospital following what is understood to have been a domestic stabbing incident in Brompton Park.

Police later confirmed that a child had died.

A second child is being treated for injuries in hospital.

“I think as the area started to try to get to grips with what was unfolding before them, I think shock and a certain sense of numbness just befell everybody.

“I think it’s always very difficult in these circumstances, when we’re dealing with ages so young.”

Police have now confirmed a murder investigation into tonight’s tragic incident in Ardoyne with one person arrested.

Our thoughts are with all those involved.

I again appeal to everyone to be mindful & not to post or share anything which would add further distress.

Mr Finucane added: “We have to be mindful that the police have arrested one person, that there’s a murder investigation that has commenced.

“I would like to take another opportunity just to urge people to be very cautious on social media, not just with the words that they say but also with any videos that people are thinking of sharing.

“I would urge people not to do that; not only would it add to the distress of families who are dealing with a horrific situation, I think people just need to be mindful and sensitive.

“It’s so difficult to comprehend. I think everybody who is waking up to this news this morning or was watching or listening to this unfold, when we’re dealing with somebody so young, it compounds the hurt.

“Our thoughts are, obviously, hoping to be very positive for the other child who’s critical. But, again, we just need to allow the authorities to come in and do their process and carry out their investigation.”

A Police Service of Northern Ireland spokesman said: “Police have commenced a murder investigation following the death of a child in the Brompton Park area of north Belfast and made one arrest in relation to this.”

“The investigation is at an early stage and further information will be provided in due course.”

“It is important that the PSNI are given the space and full co-operation to fully investigate this terrible incident,” she said.

We are aware that the PSNI are attending a major incident scene at Brompton Park.

Our thoughts are with the Ardoyne community at this time.

We ask please for no speculation at this time, as it can be unhelpful and upsetting. @NicholaMallon @Paul_Mc_Cusker

The Northern Ireland Ambulance Service received a 999 call at 8.16pm on Tuesday.

“A wave of shock began in Brompton Park last night and spread out across north Belfast,” she said.

“After something so shocking, community solidarity, community support, rallying around each other is going to be absolutely paramount.”