Carlow is No 1 in Ireland for glass bottle recycling 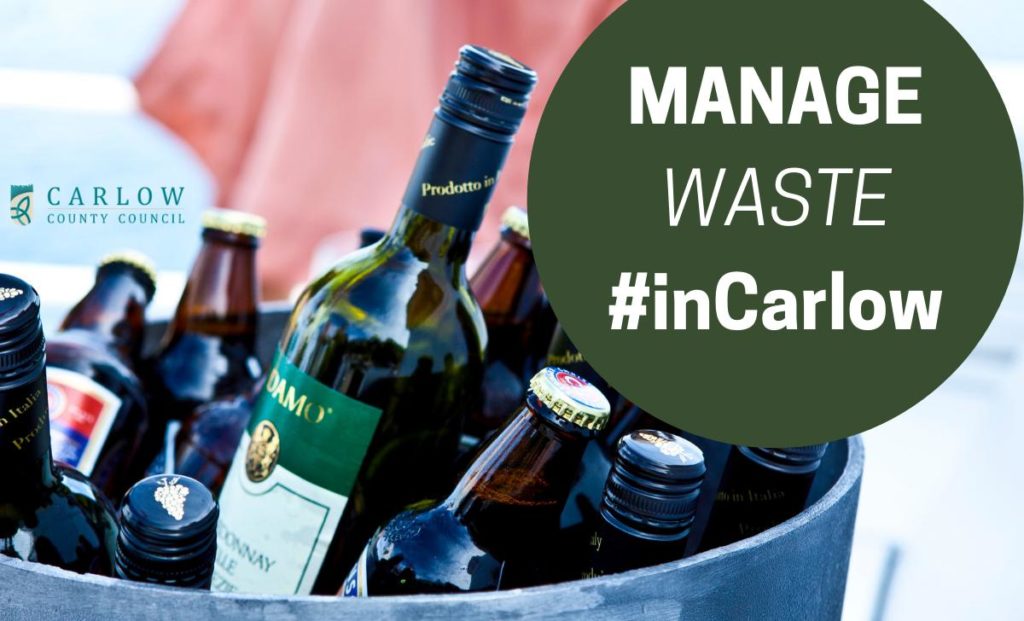 CO Carlow saw a whopping 34% increase in glass bottle recycling during 2020 – the highest in the country.

Ms Barrett stated that the council operated 27 sites across the county for glass recycling and saw a 34% increase in their use in 2020. “That’s a lot of bottles over a week,” she stated, adding that the increased usage resulted in the local authority improving the frequency of collection.

The greater emphasis on outdoors has also prompted an increase in waste collections at local amenities and an upgrade of bins across the county.

Ms Barrett outlined that €95,000 was allocated to an anti-dumping initiative, while a further €25,000 was provided for a successful paint, mattress and bulk waste amnesty. Ms Barrett also reminded the public that ELV (end-of-life vehicle) sites are free of charge, a recycling facility where the public can dispose of their old cars or vans.

The wide range of services at Powerstown Civic Amenity Site were also outlined by Ms Barrett, with more than 3,000 tonnes of recyclables and waste collected at the site annually. Extensive work has been carried out at the 60-acre Powerstown site in recent years to include an extensive wildflower area, now home to 30 different species of birds and an apiary of 200,000 bees in association with Carlow Beekeepers.

Cathaoirleach cllr Fintan Phelan stated that the additional emptying of bins was most welcome and asked the council to also consider adding litter picking at weekends to “enhance our public spaces”.

Cllr Fergal Browne suggested that private individuals or businesses “should get credit” when they take away rubbish at these public spaces, while cllr Arthur McDonald asked if “the old street cleaner” in Bagenalstown can be brought back, claiming it did a more through job of cleaning the streets.

Cllr Michael Doran welcomed the “very important message about abandoned cars” that they can be recycled for free at ELV sites, but added there are currently no ELV sites in Carlow.

Ms Barrett stated that businesses are required to manage litter within 100 metres of their premises, adding that most coffee operators have been very successful in abiding by this requirement.