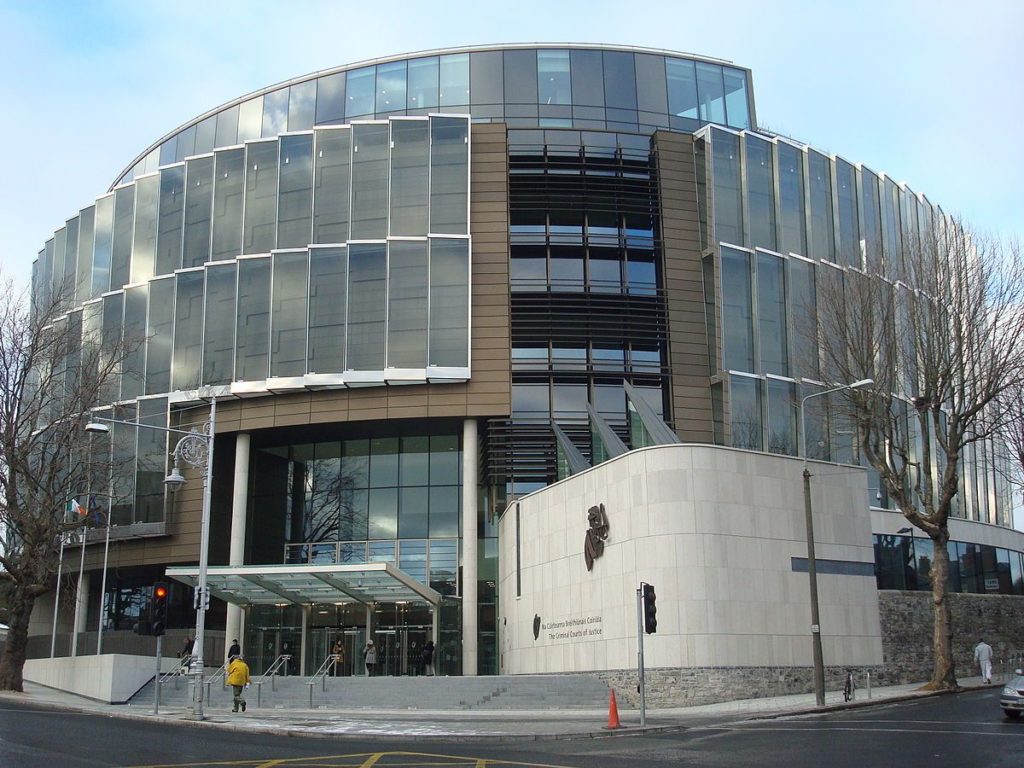 The case was heard before the Central Criminal Court this week

A CARLOW man, who sexually abused four children, including three of his nieces, has been jailed for eight years.

The man (69), who cannot be named for legal reasons, twice raped one of his nieces, once as a child and once when she was in her 20s, after having repeatedly indecently assaulted her in the preceding years.

The Central Criminal Court heard that the man also indecently assaulted three further children during a similar period of time, two of whom were also his nieces.

Following a trial, which concluded in June, the man was convicted by a jury of two counts of rape of his niece at locations within the state on unknown dates between 1 July 1977 and 31 August 1977, and between 1 April 1986 and 30 June 1986.

The man was also convicted of seven counts of indecent assault against the same victim on dates between 1 July 1971 and 30 September 1974.

The man had pleaded not guilty to all of these offences. He has six previous convictions, including convictions for indecent exposure and larceny.

Passing sentence last Wednesday, Mr Justice Michael McGrath said that except for one of the rape offences, all of the offences were committed against children who found themselves alone with the accused man.

Justice McGrath said the victim impact statements speak for themselves and the court is satisfied these display that a great harm was caused to the victims. He said it was clear that all have suffered a very distressing time.

Justice McGrath said the man’s culpability is high and he has occasioned great harm. He said the offences were perpetrated when the victims were young, vulnerable and isolated.

The judge said he is satisfied the man has a relatively clear past conviction history. He said it seems it must be taken into account that this offending occurred when the accused was a much younger man.

Justice McGrath sentenced the man to ten years’ imprisonment, but suspended the final two years of the sentence on strict conditions, including that he keep the peace and be of good behaviour for two years post release.

The court heard that the man first indecently assaulted the first victim in 1971, when she was visiting her grandmother. While her uncle was in bed with her, he put his hand on top of her vagina area over her clothes.

The man indecently assaulted her on six occasions in 1974, including by placing her hand on his penis while he was driving. On one such occasion, he moved her hand up and down on his penis until he ejaculated.

He first raped the victim in 1977, when he walked her up to a field and then got on top of her on the ground. The victim described this as being a bit like being knocked over by a bus.

The man raped the child, who had blood running down her leg afterwards. He gave her a tissue, but he did not say anything.

The second rape occurred in 1986, when the victim was in her 20s. She had travelled to visit an aunt who was ill and the accused offered to drive her to see her aunt.

They stopped in a hotel for lunch on the way and the victim was feeling under the weather. The man then brought her upstairs to a bedroom, where he raped her at the foot of the bed.

There was no conversation following this and they got back into the car in order to visit the hospital where her aunt was.

The court heard that a second niece of the accused man was on one occasion in a car with the man when he pulled into a yard, saying he needed to check something and telling her to come with him, as it would be safer than waiting in the car.

They went into a building, where the man said he had to go to the toilet, proceeded to do so and then asked her to fasten his trousers. While she attempted to do so, the man pulled down his zipper, removed his penis and masturbated.

The court heard that a third niece of the accused man was in a car with the man when he pulled over at the side of a road, undid his trousers and masturbated beside her. He ejaculated and semen landed on her knee.

The victim was crying after this and the man drove to a car park, where he waited until she stopped. He later came into her bedroom, shook her hand and said “can we still be friends”.

The court heard that the final victim went to a dance when she was a teenager and afterwards the accused man was standing at the exit on the way out. The victim believed either someone else had asked him to give her a lift or he had offered to do so.

The court heard that the accused man’s defence regarding all of the offences for which he has now been convicted was that the events, as described by the victims, did not occur.