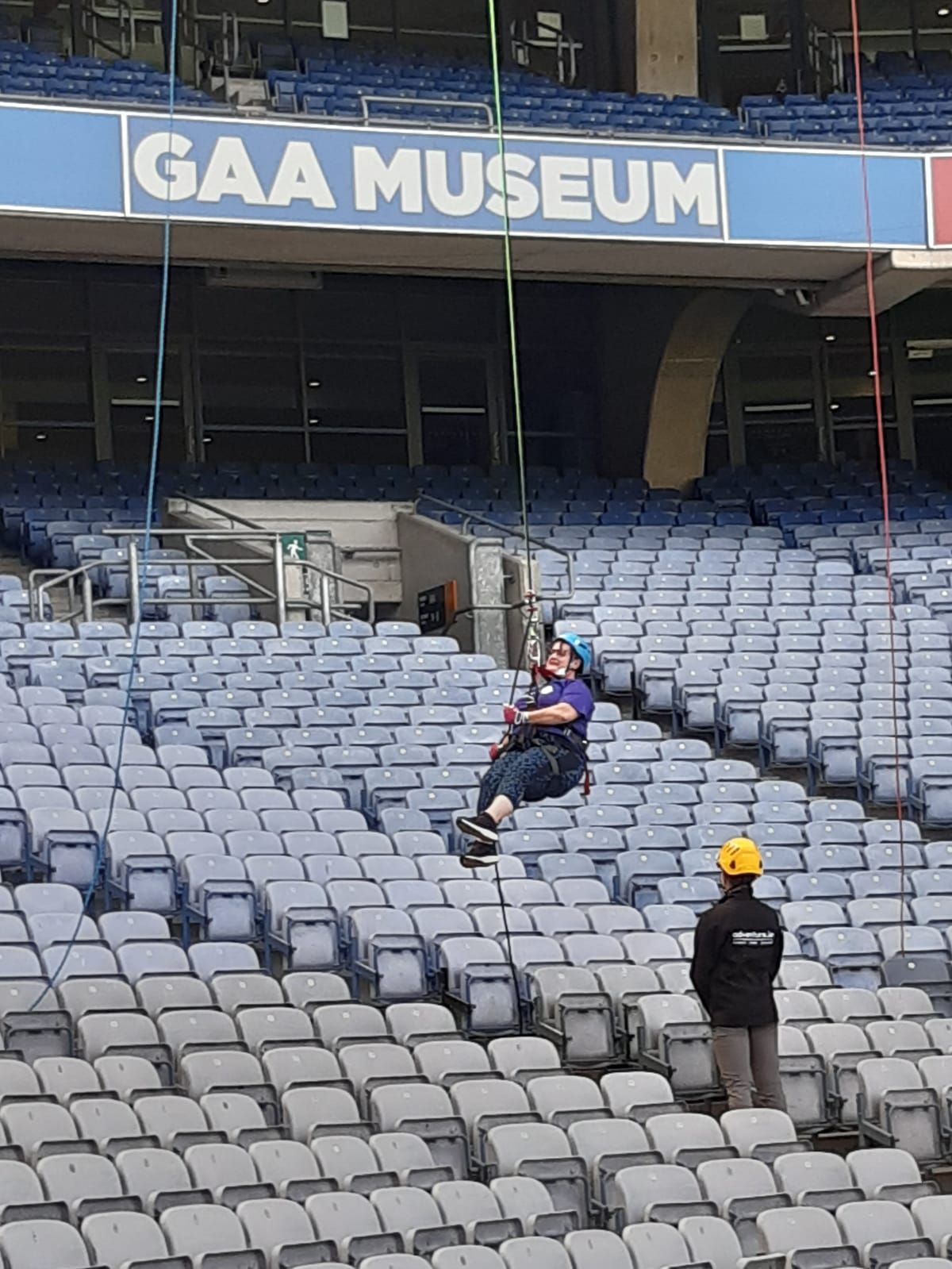 It was a long way down for a brave Kathleen Chada!

IMAGINE leaping off of one of Dublin’s tallest buildings even though you’re terrified of heights?

That’s exactly what Ballinkillen woman Kathleen Chada did on Saturday, when she gingerly stepped off the Skywalk platform in Croke Park and abseiled down to earth.

“I’m absolutely terrified of heights, but it was on my bucket list of things to do for ages. I was terrified of looking over the edge of the Skywalk, but the organisers are brilliant. There was great banter and fun so it was all distracting,” Kathleen explained.

“I knew that I was safe in the harness, but as I put my first leg over the side, I thought there’s nothing between me and the ground now! There’s such a build-up to it, but I knew I was safe,” she laughed.

Kathleen’s mother Patsy Murphy was there to make sure she didn’t back down, while Kathleen’s cousin Celine McHugh from Carlow braved the heights with her.

And it was all totally worth it, because Kathleen was raising funds for Down Syndrome Ireland, a charity that’s special to her heart. Two of Kathleen’s cousins have children who were born with Down Syndrome and they’ve brought a lot of joy to her life. One of the children is six-year-old Lauren Sheppard from Tullow. Lauren’s arrival into the world brought much love and joy into Kathleen’s life after the death of her own two sons, Eoghan (10) and five-year-old Ruairi in 2013.

“Two years after the boys died, we needed something to smile about and Lauren’s arrival did that. You can’t help but smile when she’s around!” said Kathleen.

Kathleen has also raised other funds for Down Syndrome Ireland, including walking the Camino in Spain.

She has set up a page where she’s invited people to donate to the cause. If you’d like to contribute to Down Syndrome Ireland, then go to 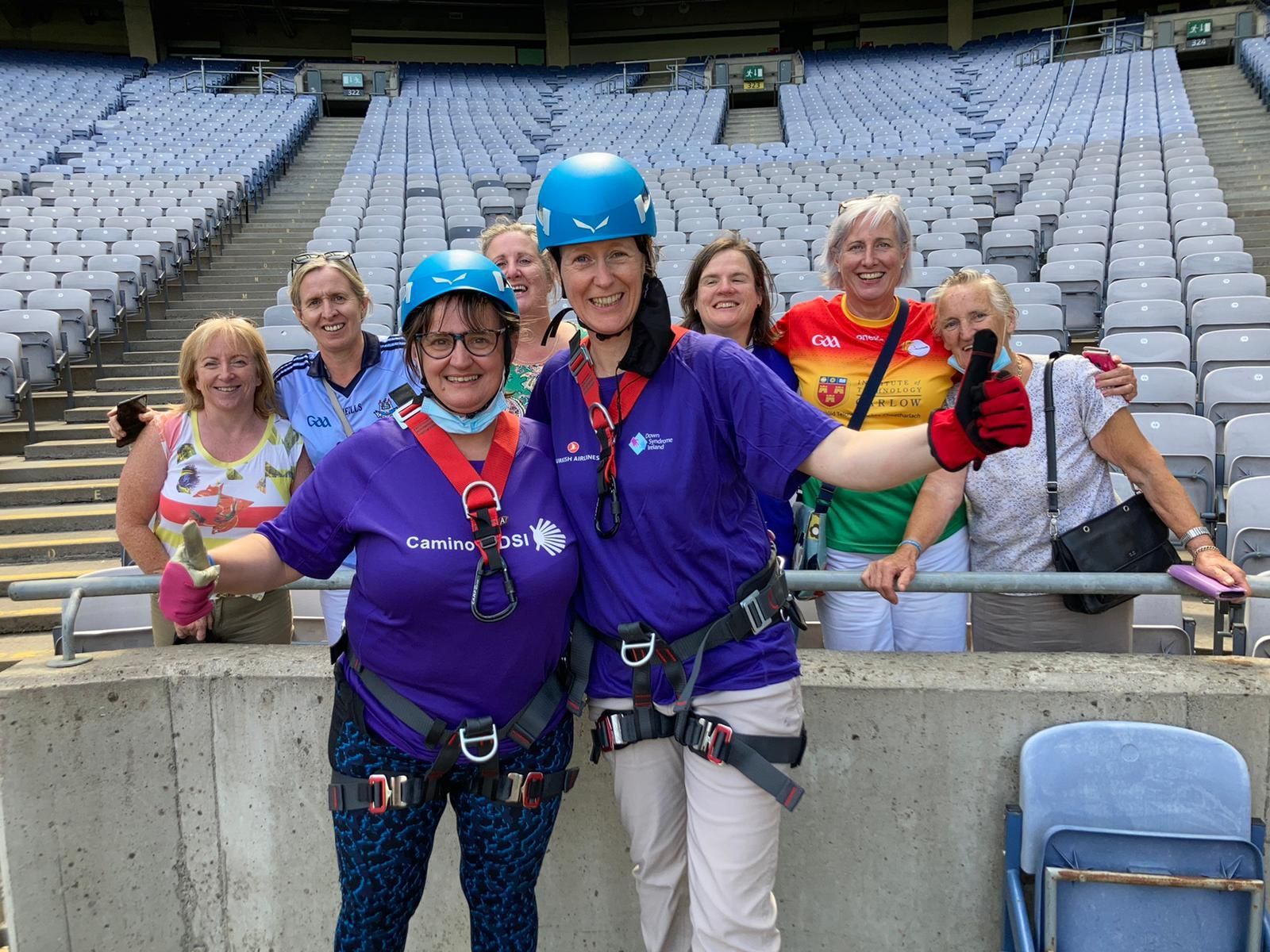 Cousins Kathleen Chada and Celine McHugh, are cheered on by family and friends having abseiled from the Skywalk at Croke Park in aid of Down Syndrome Ireland