‘I believed I would be dead’: Off-duty garda assaulted by husband in her home 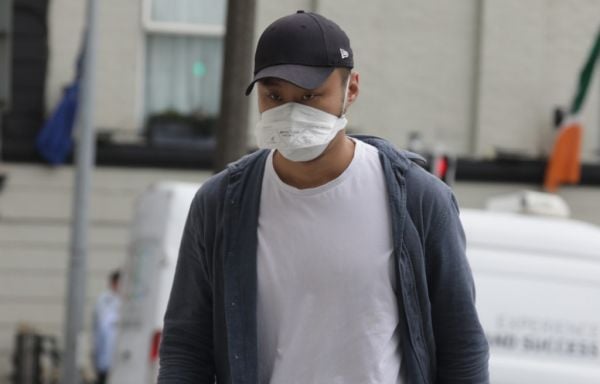 A man who assaulted his garda wife by holding her down on the kitchen floor and strangling her in front of their child has been jailed for one year.

Dublin Circuit Criminal Court heard that the victim, Meihan Meng, believed she was going to die during the attack and had to tap her fingers on the floor to let her husband know she couldn’t breathe.

Kai Zhu (39) of Sallymount Avenue, Ranelagh, Dublin 6, pleaded guilty to assault causing harm to his wife at their home on Sandymount Ave on May 13th, 2020. He also pleaded guilty to one count of criminal damage on the same date.

Sentencing Zhu on Friday, Judge Karen O’Connor said that the offending was aggravated by the fact it took place in the family home, where the injured party “should have felt safe”, and where a child was present.

Judge O’Connor said she had “no alternative” but to hand down a custodial sentence, given his attempts to “go behind” the pleas entered to the court.

She said she did not accept Zhu’s narrative of the incident, based on a claim of self-defence.

Judge O’Connor sentenced Zhu to 15 months in prison, with the final three months suspended. A sentence of six months will run concurrently on foot of the charge of criminal damage.

Garda Oliver McStravick previously told Antonia Boyle BL, prosecuting, that on the morning of May 13th, he attended at the home and found the victim with marks on her neck and bruising to her face and cheeks.

He said the victim had just finished a lengthy night shift, and she asked her husband to bring their three-year daughter out to play, so she could get some sleep in their small flat.

The court heard that her husband didn’t do this and the parents began rowing. The woman told gardaí that she made a video call to her mother-in-law in China so that she could witness the row.

She said her husband was ignoring her and she went over to him and said: “What’s wrong with you?”.

She said Zhu then turned to her and slapped and punched her across the face five to six times. He used one hand to choke her against a kitchen press and continued to slap and punch her with his other hand.

The victim said her daughter was in the kitchen and was screaming and crying and that at one point she may have blacked out. When she came to her husband was lifting her up by holding her neck and he began punching and slapping her in the face again.

At one point she felt a sharp pain in the side of her face and lost her hearing. A medical report indicated that she sustained temporary hearing loss and is still receiving follow-up treatment.

The video call with Zhu’s mother was still happening on the victim’s mobile phone, but Zhu then grabbed the phone and smashed it.

After his arrest, Zhu admitted assaulting his wife, but claimed that she hit him first by striking him on the back with the child’s chair. He said they were both under stress from work and both getting less than three hours of sleep.

“We started altercation because of trivial family issues. We were both agitated. I didn’t realise it was so serious. In China it is common, usually we put together the next day,” Zhu told gardaí, through a Chinese translator.

He denied choking her and said that he had only ever slapped her and didn’t punch her.

I could barely breathe. I believed I would be dead plain and simple

In a victim impact report, read by Ms Boyle, Ms Meng described losing consciousness while her husband pinned her to the kitchen floor and used his hands to strangle her.

When she came around she said Zhu was still on top of her and had one hand gripped around her neck while “cross slapping” her face with his other hand.

“I could barely breathe. I believed I would be dead plain and simple as I could only see red and black from my eyes. I used my fingers to tap the floor to indicate to him that I could not breathe.”

She said that after the attack she questioned herself about “where I did go wrong and why he would hate me so much”. She said she continues to awaken every night from nightmares where she is hit in the face and said that her daughter has being left with irreparable emotional scars.

She described the attack as “life-threatening , frightening, unfamiliar and scary” and said that she now locks her front door with four sets of locks and has to remind herself every morning that the accused will not be able to hurt her.

The court heard Ms Meng was out of work on sick leave for 46 days after the assault.

Keith Spencer BL, defending, said the case was emblematic of the times we are living in where people confined to a small space became irritable and frustrated.

He said that in his client’s case, this unfortunately erupted into a situation that should never have happened and which has led to the breakdown of a formerly loving family.

Counsel said his client admits the assault and is deeply regretful and apologises for his actions. He said Zhu is adamant that he did not start the physical altercation, but admits he acted disproportionally.

At the time he said Zhu was under a lot of stress and involved in trying to import €300,000 worth of PPE into Ireland from China. He said while Zhu was in custody for three weeks after the assault, pending his release on bail, the shipment arrived at Dublin Port, but could not be released.