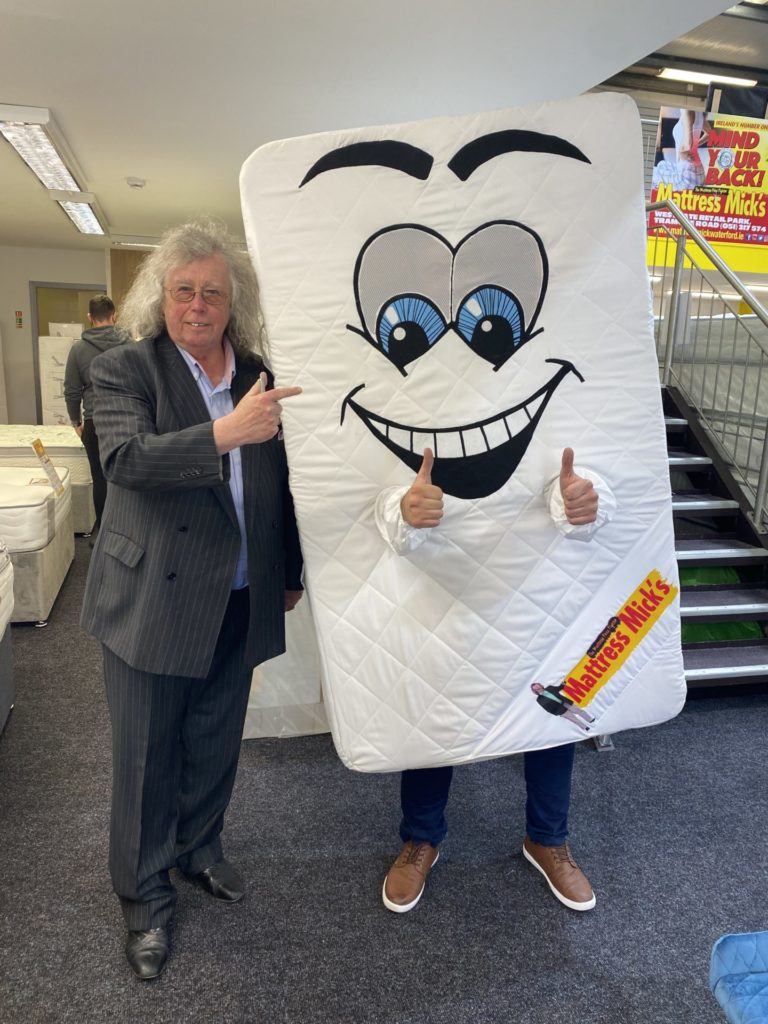 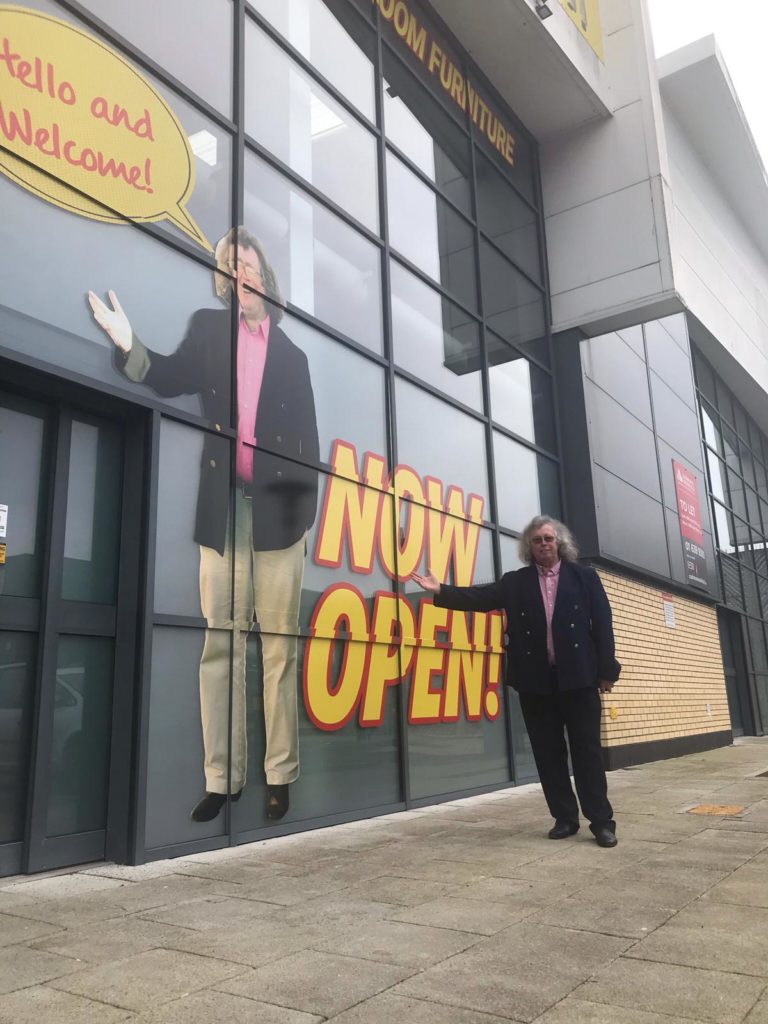 THE legendary shaggy-haired mattress salesman known to all as Mattress Mick will be back in Carlow this weekend with some very special guests to officially open his Carlow store, which has been doing a roaring trade in the Four Lakes Retail Park on the Dublin Road since April.

Mick has been everywhere lately, from appearances on RTE, radio and television to consistently being all over the internet and as well as the new Carlow store, he’s also opened one in Roscrea, Waterford and another on the way in Wexford. This is in addition to his many stores in and around Dublin.

Speaking this week, Mick said that he couldn’t wait to launch the Carlow store “in true Mick style”

“Carlow is an absolutely legendary town that puts bigger towns and cities to shame,” Mick said. “When I was planning my new stores, Carlow was top of the list because whenever I’m down there, the energy and the vibrancy is just incredible. We couldn’t get to have an official opening back in April because of the restrictions but thankfully retail and hospitality have begun to open properly again and I couldn’t let a store like Carlow open without having a big party!”

The official launch takes place this Saturday, July 31 and Sunday August 1 and will feature what Mick calls his “biggest sale ever”.

“I am the price-fighter so my prices are always fantastic all year round, however we do love a sale and what better way to celebrate an opening than with some massive savings,” he said. “We will genuinely be taking 50% off a lot of our stock and I think the people of Carlow will really get excited when we see the amount of stock and the amount of value that will be on offer. It’s AMAZING!”

Mick will be bringing some old friends with him for the official launch.

“My old pal Richie Kavanagh will be joining me on Saturday and I’m hoping for a few tunes and a bit of craic,” he said. “In all seriousness though, a mattress and a pair of shoes are the two most important things you’ll ever buy – if you’re not in one, you’re in the other! I hope people can pick up a great bed or mattress at a great price and I’d like to thank the people of Carlow for all the support since we’ve opened and I can’t wait to meet everyone again this weekend – Cheers!”