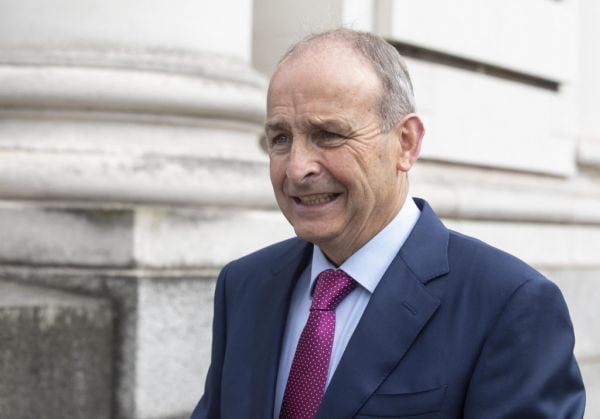 Political leaders from Northern Ireland and the Republic will hold discussions on a range of issues at the North South Ministerial Council (NSMC) on Friday.

They will address their handling of Covid-19 on the island as well as the implementation of the New Decade, New Approach agreement.

Taoiseach Micheál Martin will host the 26th plenary meeting of the NSMC, which will take place by video conference.

The Fianna Fáil leader will be joined by Tánaiste Leo Varadkar and members of the Cabinet who will meet Northern Ireland First Minister Paul Givan and deputy First Minister Michelle O’Neill.

At the plenary, the Irish Government and the Northern Ireland Executive meet formally to exchange views on issues of mutual interest and concern.

Ahead of the meeting the Taoiseach said: “I look forward to hosting this plenary meeting of the North South Ministerial Council, as it will provide a welcome occasion to discuss a wide range of topics with our colleagues in the Northern Ireland Executive, including the response to Covid-19 on the island of Ireland, and our mutual commitment to the implementation of the New Decade, New Approach agreement.

“It will also be an important opportunity to emphasise the Government’s full support for strengthening North-South co-operation to the benefit of all the people on the island.”

He said that the next few weeks will determine the “type of relationship” the DUP will have with the Republic.

“There is no part of the meeting which will consider papers or take decisions relating to the Northern Ireland Protocol. DUP ministers will be participating in recognition of that and in line with the party’s stated position,” he added.

“We want to work in a spirit of friendship and co-operation with our neighbours but we are mindful that the Northern Ireland Protocol has fundamentally altered Northern Ireland’s relationship with the rest of the United Kingdom.

“The interlocking and interdependent nature of relationships upon which progress here has been built means therefore that there cannot be a ‘business as usual’ approach on a North-South basis because of the NI Protocol.

“The command paper published by HM Government is a welcome first step.

“It is important there is not just recognition of the problems caused by the protocol, but that action is taken to remove barriers to trade within the United Kingdom.”

The DUP leader said the Irish Sea border between Northern Ireland and Britain “must go”.

“In contrast, real progress on the protocol over the coming weeks would see an improved environment for North-South relationships.

“Therefore, everyone should want to see swift progress towards durable and lasting solutions.”

A planned meeting of the NSMC was cancelled on June 18th amid the turmoil surrounding Edwin Poots’s dramatic resignation as DUP leader the night before.