Riverdance gets on the road again after Covid impact 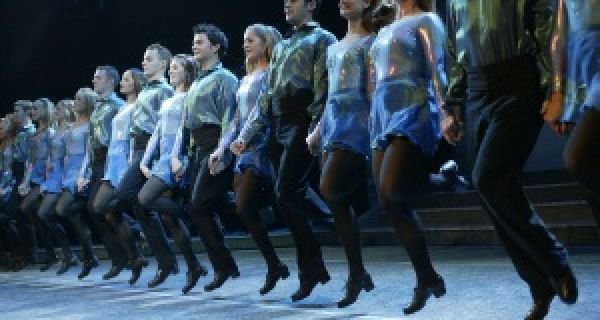 Riverdance is in talks to bringing its production to Taiwan, New Zealand, Australia and Japan after a planned eight-week tour of China next year.

A spokesman for Riverdance confirmed the tour talks on Thursday as preparations continue for a return of Riverdance touring commencing in the UK later this month after no performances since March 2020 due to Covid-19.

On August 27th, Riverdance will commence a 17-week tour of the UK with the first dates at Nottingham.

Co-founder of Riverdance, John McColgan said on Thursday: “The entire Riverdance company are so delighted to be back on the road again. Everyone has missed the unique experience of performing in front of audiences and all the excitement that comes with the applause and standing ovations.”

Mr McColgan confirmed that after the UK tour completes in December “next January Riverdance goes on a US tour for six months up until the end of June”.

After Covid-19 decimated tour revenues during 2020 and for much of 2021, 2022 is shaping up to a very busy year tour-wise for Riverdance.

Along with an eight-week tour of China across 14 cities from mid-March to mid-May next year, the US tour will involve 175 performances across 50 cities.

Riverdance will also stage a 13-week run at the Gaiety Theatre in Dublin from next June to August.

Since 1996, more than 25 million people worldwide have attended the show at more than 450 venues across over 40 countries.

Confirmation of the tour plans and talks comes as new accounts show that the company behind the entertainment phenomenon, Abhann Productions Ltd recorded post tax losses of €1.4 million in the 12 months to the end of June 2019.

Explaining the factors behind the losses, the Riverdance spokesman said that the directors decided to pause touring Riverdance in preparation for the launch of RD25 in January 2020 which celebrated the 25th Anniversary of the show worldwide.

He said: “In the same period the costs of reworking the show for the relaunch in 2020 are included in the 2019 accounts.”

Riverdance only performed at the Gaiety Theatre in Dublin and the INEC in Killarney so the number of attendees for 2019 is small at 84,200.

The accounts show that exceptional costs totalling €627,918 contributed to the 2019 loss. This was made up of €520,868 in long term advances to inter-group companies loans being written off and €107,050 loss on the disposal of property.

The accounts show that there was €731,229 owed by the company to directors, John McColgan and Moya Doherty at the end of June 2019.