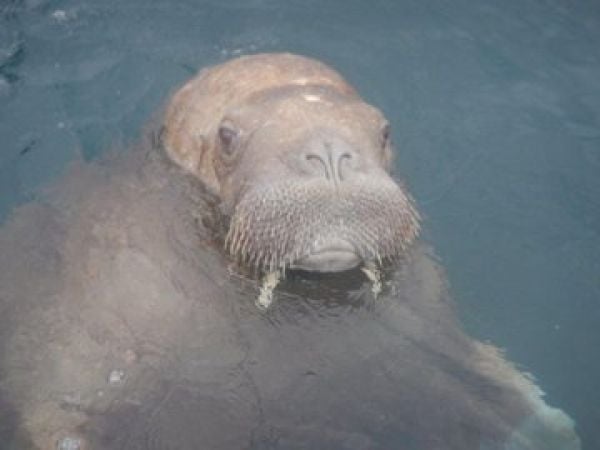 Walrus chasers hoping to get a glimpse of the now famous Wally off the coast of Cork are being urged to keep their distance.

The walrus was spotted yesterday with visible injuries.

Observers have noted the animal is becoming very stressed and agitated as boats have been travelling too close to him.

Ms O’Mahony said: “Everybody is after falling for him, he’s just a gorgeous, gorgeous animal, but it is very important to say that he really should be left alone at this stage. He seemingly is a bit injured and a bit agitated. There are boats going out very near him, and he’s obviously not used to that level of human contact and doesn’t seem to want it.”

🚨Seal Rescue are urging people to:

👉stay at least 100 metres away from him

He is a wild animal and a protected species hundreds of miles from his Arctic home.

According to the Irish Examiner, the Arctic walrus caused thousands of euros of damage to a number of small boats last month after climbing onto the vessels to rest, as the semi-aquatic mammals cannot rest in the water.

Wally was first spotted off the coast of Co Kerry in March and has become a regular visitor along the south coast ever since.

Seal Rescue Ireland (SRI) made an appeal for an unused rib or a large pontoon to be donated which could be used as a designated resting spot for Wally. The group have been liaising with the British Divers Marine Life Rescue (BDMLR) which set up a floating pontoon off the Isles of Scilly in July when he ventured there.

SRI’s Melanie Croce said the group have now secured a floating pontoon for Wally, which has three raised sides which makes it resemble a couch.

The pontoon is now ready to be deployed in busy harbour areas over the coming days if the walrus returns. It is hoped that towels used to catch Wally’s scent from the small vessels which he boarded last month will help encourage Wally to use the pontoon.