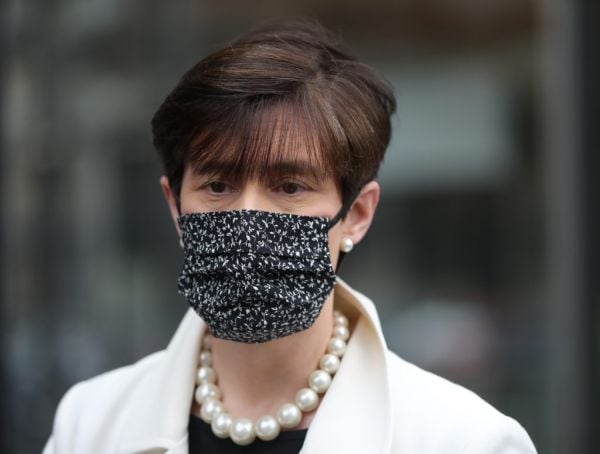 Minister for Education Norma Foley has defended her department’s position on pregnant teachers who are required to return to school even if they have not been vaccinated.

Ms Foley told RTÉ radio’s Morning Ireland that sick leave was available for any teachers who were not yet 14 weeks pregnant and so could not be vaccinated.

The department’s position was based on the advice of the Institute of Obstetricians and Gynaecologists, she said. Anyone with individual concerns should discuss them with their consultant, she advised.

“It is the recommendation of the Institute of Obstetricians and Gynaecologists that all pregnant staff are eligible to return to work and then to take the vaccination at 14 weeks”.

Ms Foley also explained the recommendations in relation to CO2 monitors in schools and pointed out that the review group involved had indicated that monitors should be portable and shared among classrooms.

The monitors had been ordered three months ago, but there was a great demand internationally which meant that they were not delivered until this week and would be distributed to schools by the first week in September.

CO2 monitors were an additional tool against Covid, she said.

When asked about antigen testing and rapid testing, Ms Foley said that her department would follow public health advice and that a pilot programme had commenced in the childcare and third level sectors. Once the pilot was evaluated, if it was recommended that antigen testing be used in schools then “we are open to it.”

Testing of outbreaks in schools would remain a priority, as it had been last year, she said. “We are taking a cautious approach.”

When asked about the wearing of masks by primary school children, she said such a measure was not recommended currently, but should that become the view “we will adapt and implement.”