Covid restrictions likely to stay in place until at least October 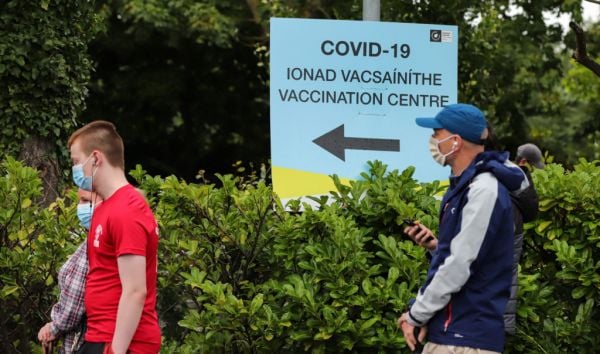 The vast majority of people over the age of 16 would have to be vaccinated before the National Public Health Emergency Team (Nphet) considers a more widespread easing of restrictions.

The team met on Wednesday to finalise its advice to Government ahead of a meeting of the Cabinet Covid-19 sub-committee on Friday, where the next roadmap for reopening will be discussed.

The Irish Times reports that members of Nphet believe that somewhere between 85 to 90 per cent of over-16s will need to be fully vaccinated before any widespread further easing of restrictions can be recommended.

Government sources told The Irish Times that this means that many of the remaining restrictions will stay in place until at least October.

Sources have also raised the spectre, however, of further freedoms for vaccinated people before then.

A letter detailing Nphet’s latest recommendations was due to be sent by the chief medical officer Tony Holohan to Minister for Health Stephen Donnelly on Wednesday night.

It is understood that any final timelines for the resumption of certain sectors, such as live entertainment, will be set at Friday’s meeting before final agreement at a full Cabinet meeting next week.

Dr Cillian De Gascun, director of the National Virus Reference Laboratory and a member of Nphet, said on Wednesday that Nphet hopes to be in a position to advise the Government to further ease restrictions in about six weeks.

“That’s the time when we will be in a position to progressively ease restrictions because people, the vast majority of the eligible population, will be protected at that stage,” he told RTÉ’s Drivetime programme.

He said it was probably early to predict definitively what is going to happen in one or two months, “but we certainly are confident, or optimistic at least, that within the next four to six weeks we will see a plateauing of the case numbers from this wave”.

A further 2,051 confirmed cases of Covid-19 were notified by the Health Protection Surveillance Centre on Wednesday. There were 323 Covid-19 patients in hospital, including 56 in intensive care.