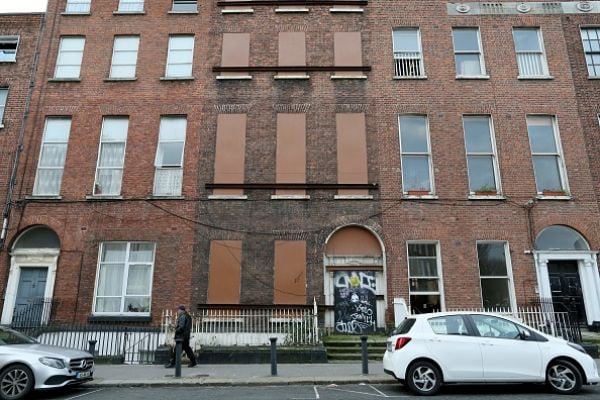 A vacant property tax looks set to feature in the Government’s new Housing for All plan with a vacant sites tax also under consideration.

Minister for Housing Darragh O’Brien will bring the latest draft of the long-term plan to solve the housing crisis before a Cabinet subcommittee next Monday where the last details will be signed off on ahead of publication.

The Irish Times reports that talks are still under way between Government departments on a plan which would see couples or individuals given a grant to renovate vacant properties in towns around the country.

Agreement in principle has been reached to go ahead with a vacant property tax based on forthcoming information in relation to the local property tax. Owners of vacant homes now have to declare their unused houses to the Revenue Commissioners and explain why they are empty and this information will be needed first.

There is increasing unhappiness in Government with the existing vacant sites levy which has been in place since 2019 and is collected by local authorities.

Introducing a vacant sites tax instead, to be collected by Revenue, is “on the table”, a source told The Irish Times.

Discussions are also under way to introduce an incentive for people who want to downsize to a smaller home which would see a halving of the stamp duty charge from 1 per cent to 0.5 per cent.

Other new measures will include a project code-named “Tosaigh”. This will see the Land Development Agency play a role in activating thousands of dormant planning permissions which have not yet been activated on lands which may be privately owned.

The multibillion Housing for All plan will aim to deliver 33,000 houses a year by 2025. The exact split between public and private, and social and affordable will be announced by the Government either next week or the week after.