Beacon Hospital did not consider other groups before vaccinating teachers, HSE finds 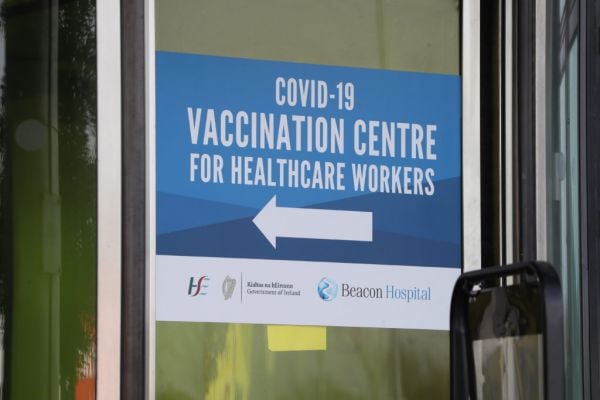 The Beacon Hospital did not consider giving leftover Covid-19 vaccines to higher priority groups before vaccinating teachers from a private school, a HSE review has found.

Around 20 teachers from St Gerard’s School in Bray, Co Wicklow, were vaccinated at the Dublin hospital in March during the early stages of the vaccine rollout, ahead of their place on the official sequencing list.

The Irish Times reports that the HSE report says it would have been feasible for others who were considered a greater priority for vaccination to receive the surplus vaccines if they had been considered by the Beacon.

It says the HSE’s community healthcare organisation, CHO 6, said it could have sent staff to the vaccination centre at the hospital on the day of the vaccinations, March 23rd, to avail of the surplus vaccines.

The report says the Beacon disputed this claim by CHO 6 during the process that led to the report, saying the organisation “would not have been able to respond to a request for staff at such short notice,” but that the reviewer’s opinion was that this was “not a correct assertion”.

“The reviewer is of the view that there were a number of other options available that could have been considered before the teachers taking into account the sequencing guidelines in place,” the report says.

The report says other alternatives could have included those living or working in crowded conditions where social distancing was difficult to maintain, or key workers in the food supply system, public and commercial transport or other vital services.

The report notes to this end that the Beacon Hospital is located nearby retail outlets, both the Beacon South Quarter and Sandyford Industrial Estate, and a large Garda station.

Controversy erupted earlier in the year after the news emerged that teachers from the private school, which was attended by some of Beacon Hospital chief executive Michael Cullen’s children, had been vaccinated at the hospital.

No evidence of solicitation

The report says there is no evidence that the school where the vaccinated teachers worked had solicited the vaccines prior to being offered them on March 23rd.

“The reviewer is therefore satisfied that on the 23rd March the school acted in good faith and on the assurances received from the CEO of the Beacon Hospital, that the offer of the vaccines was entirely legitimate, above board and with the permission of the HSE.”

A separate report commissioned by the board of the Beacon Hospital found that the decision to provide vaccines to teachers at the school was incorrect and not in compliance with the HSE’s vaccine priority list.

The review conducted by Eugene McCague, a former managing partner of law firm Arthur Cox, found the decision was taken by Mr Cullen alone but it had been made “in good faith”.