There are some excellent ties in store across the Hurling Championships this weekend, Kieran Murphy looks ahead to the action. 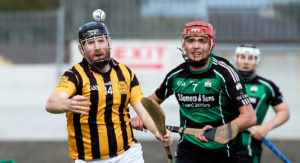 Naomh Eoin are not getting results and two losses out of their opening two games, even though they were against what looks like the two best sides (Rangers and Bagenalstown Gaels) in the group, is damaging.

The big question is how frail are St Mullins? Maybe not as much as their first half performance against Rangers on Saturday would indicate? Carlow hurling needs a strong Myshall team but there is nothing there to indicate that the present crop are ready to step up

Because they have some key absentees, Ballinkillen have not got a full hand to play with. Meeting the reigning champions without even a moderate performance behind them is going to be difficult.

After their win over Rangers on Sunday nothing less than a comprehensive Naomh Eoin victory is expected here. Ballinkillen are struggling to make the jump up from junior champions of last year to intermediate contenders this year.

Naomh Bríd may have lost their opening round against Rangers but they are in a good position now. Carlow Town are getting numbers back at adult level which is encouraging but it is hard to see them register a home victory here.