How to talk to vaccine sceptics in your life 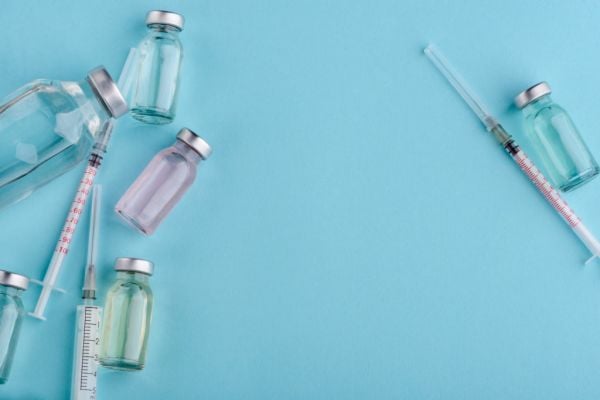 While the vaccine uptake in Ireland is remarkably high, there is still a minority of people who are unwilling to take the vaccine for a variety of reasons.

While the first thought that may jump to many people’s minds is those who are ‘anti-vaccine’, and buy into conspiracy theories, others have rational concerns.

However, the minority of conspiracy theorists have a much louder voice with theories about big pharma, global mind control, QAnon, and even technocratic conspiracies about Bill Gates, prominent on internet threads and social media platforms.

In a recent feature in The Irish Times people gave range of reasons for opting not to take the vaccine.

The issue has caused many rifts in personal relationships, friendships and families.

But are fall-outs inevitable or is there a way to approach the issue?

The first distinction needs to be made with whether someone has bought into conspiracy theories about vaccination or if they have other concerns.

Dr Murphy, who has researched conspiracy theories in the UK, said: “Unfortunately, there isn’t any simple solution if a friend or loved one has become engulfed in conspiracy theories. My one piece of advice would be to avoid repeated confrontations because this kind of engagement is divisive and will only lead to both parties becoming more deeply entrenched in their own positions. By listening, it may be possible to understand the source of their distrust for science or other sources of knowledge and from their build some meaningful dialogue.”

While the vaccine uptake in Ireland is high, Dr Murphy feels it is important to take health concerns people may have on board.

“The latest figures suggest that close to 90 per cent of people in Ireland agree about the need to get vaccinated. The vast majority of people are already in agreement — our society is far from polarised on this issue. That said, vaccine hesitancy is a deeply emotive issue in Ireland because the vaccine has come to represent social responsibility and solidarity.

“For example, recent research indicates that a significant proportion of young women in Ireland are uncertain about getting a Covid-19 vaccine because of possible concerns about fertility. The growing body of data now provides strong evidence that the vaccine does not negatively impact upon fertility or pregnancy development. But in the early stages of the vaccine roll out, before this information was readily available, many people will have found misinformation about the vaccine and fertility from untrustworthy sources online.

“People have understandably become scared by this information and now there is an even greater need for clear and effective public health communications to alleviate people’s fears.

“For these kinds of reasons, it’s really important that we really listen to the concerns that other people have about the vaccine. By actually hearing what others have to say, we will be in a much better position to understand the source of their hesitancy and possibly even direct them towards information that might alleviate their concerns.”

If a loved one has fallen into conspiracy theories, they may well come across as aggressive or confrontational.

Dr Dunne explained that is important to understand that people who buy into conspiracies are often using them as a “safety blanket to manage uncertainty or find a sense of belonging”.

“It’s important to understand that to begin with, to see the other person as someone who is believing these things. There has been so much uncertainty to do with the pandemic surrounding Covid and increasingly in debate about the vaccine.”

He also pointed to the low vaccination uptake among pregnant women.

“One of the big ones is a rise in conspiracies relating to taking the vaccine during pregnancy, that fills a real void in relation to uncertainty about long term effects of the vaccine on an unborn child. Again there was changing recommendations from the World Health Organisation about whether to take the vaccine or not during pregnancy, conspiracy theories again fill that void.

“Recently there was a viral set of posts about miscarriage if women took the Covid vaccine, it pointed to published scientific research, it actually linked to an article from the New England Journal of Medicine, it claimed 82 per cent of women with the vaccine miscarried, but if you look at the scientific article that this set of viral posts was based on, it was a complete misinterpretation, pushing misinformation about it, the study actually indicated only 12.6 per cent of the women included in the study miscarried which is a statistic within the normal range of miscarriage.”

While many vaccine conspiracies are based off bogus sources, which can also lead to doubts among those who have other concerns, Dr Dunne said it is important to stay calm and not dismiss people’s views.

“People who believe in conspiracy theories often approach debates from the vantage of ‘I do my own research’ or ‘I researched this’ and found such and such. What their research often involves in these cases is a series of Internet opinion pieces or interpretations of articles which can be hugely problematic.

“There’s a few different features among those who believe conspiracies that you’re likely to come across. People tend to be very passionate if they’ve hooked into conspiracy theories they will often vigorously defend their position in ways that others don’t.

“This type of misinformation can spread on the internet like wildfire, and they often link to scientific articles.

“You also have this idea of individuals following supposed ‘experts’. They see an ‘expert opinion’ of a person who has gone rogue from their previous profession.

“The problem is compounded where you’re trying to counter somebody with scientific evidence, and they try to level them by saying, ‘this is on the internet, they’re both equally valid, what’s the difference?’

“That’s not the case, scientific research has to go through multiple checks and balances to ensure its validity. You’ve got ethics boards, in order for a scientific journal article piece to be published there’s an extensive peer review process by editors and reviewers.

“In contrast, anyone can tweet, write on a form, write a blog post, none of this is fact-checked.”

He added: “This is all worth considering when you encounter a relative or a friend with unusual positions in relation to vaccination.

“You have to bear in mind that the other person probably has done some reading, they don’t want to be talked down to, you have to be very careful how you approach it not to come across as patronising.”

He said the most effective means of talking to people with different views on vaccination is to ask questions about the sources they have been following, to encourage a discussion.

“As a result of that it’s often better not to challenge specific claims or specific facts, the actual claims themselves, but to actually ask questions. Asking questions about the sources, where did you get that information from? Who was it from? The interpretation of the sources as well, if the source is a so-called ‘expert’, a blogger, some kind of figurehead in an area, there’s a way of encouraging critical thinking by asking a person about this.

“You could consider other examples of claims that the person may be less likely to believe from other contexts.

“If you think about things like miracle cures for cancer, advertisements for various wonder drugs or supplements, things like that.

“Ask them, if you’re considering these claims to be less valid, or dubious or bogus, what makes you follow what this ‘expert’ is saying if they don’t have evidence? Peer reviewed evidence?

“Simple queries relating to fact-checking can help, now it’s often easier said than done because people are often very emotional about these things and if you’re not confident about countering something that someone is raising, asking them to show you the source is often a good thing.”

“If you encounter someone who has an unusual position like this in relation to vaccinations, it’s a better approach to question the source of the information rather than the claims or the facts in the information itself,” he explained.

“People are unlikely to change their opinion straight away, it’s about giving seeds of doubt in relation to the sources they have come across, that’s something that can be helpful in this sort of context.

“There are understandable concerns that some people may have about taking a vaccine, particularly if they’re vulnerable and not knowing about what the side effects may be.

There are also concerns that may not be considered rational, which can make others frustrated or irate, but it’s important to try and remain calm and realise that it’s another person who is believing this, they’re believing this because it’s filling a need or some kind of void for them.

“Serious conflicts in families often arise with core differences in values or beliefs and attitudes, particularly where they become entrenched.

“If there becomes a stark difference that can result in fractures in relationships.”

While anti-vaccine protests are not as widespread in Ireland as other countries, Dr Dunne feels they do play into the thinking of those who are having doubts.

“It’s a minority but a minority with a strong voice when you see people outside hospitals with placards and things like that.

“For people who are on the fence or uncertain, these individuals can sway them one way or another.

He feels social isolation and the fact people have become more introverted has led to more splits in society, with some people gravitating towards anti-vaccine views.

“Social isolation and the fact we’ve become a little bit more introverted does not help.

“Normally in everyday life you have people you interact with on a daily basis who you act as a sounding board beyond family or housemates and when that’s taken away, you don’t have a sounding board for those ideas. It might be easier to slip into a community or certain ideas from the internet.

Treating somebody with respect is important, why are they thinking this way, what are their concerns?

“There are Facebook algorithms that increase the visibility of certain things once you fall down one rabbit hole.

“Challenging the sources rather than the beliefs themselves is crucial. It’s a fine line between challenging somebody and being patronising, it’s really important to be watching how you’re approaching it.

“Small bits of information about potential negative side effects or issues spread and morph into misinformation very quickly.”

Dr Dunne reiterated his point about starting a dialogue by asking simple questions about why someone does not trust vaccination.

“If you want to find out why somebody believes something, just ask them a question, I think that’s the best starting point. Don’t assume anything, don’t be patronising towards them.

“Ask them questions about their beliefs, why are they following these particular ideas, where is this information coming from?

“There’s a danger, particularly over the last year, of how arguments escalate on the Internet with people becoming entrenched in these staunch positions.

“Treating somebody with respect is important, why are they thinking this way, what are their concerns?”