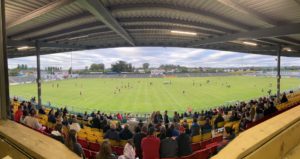 BAGENALSTOWN had to withstand a storming comeback from Mount Leinster Rangers to lift the U20 Hurling Championship tonight in Netwatch Cullen Park.

Two first half goals from Kealan Guidera and a third in the second half by Jason Wall helped them into a seemingly unassailable ten point lead going into the final quarter before Rangers finally found their form.

The first of Guidera’s goals came as early as the third minute as Bagenalstown scored the first 1-2 of the game.

Rangers got back into the game and they finished the first quarter with points from Donagh Murphy and Evan Kelly to leave just Guidera’s goal between the sides.

Two Murphy frees at the beginning and end of the second quarter was all Rangers had to show for their efforts through that stage of the game, in between Bagenalstown scored 1-4 without reply and they led 2-7 to 0-5 at half time.

Wall scored their third goal of the game in the 43rd minute and when they went for their second half water break leading 3-10 to 0-9 the game looked as good as won, but Rangers had different ideas.

Murphy and Jake Doyle swapped points soon after the restart before Rangers hit a scoring spree of six points in a row to give them renewed hope.

They actually had the ball in the net in the 59th minute when there were three points between the teams but the referee had already blown his whistle for a foul out the field, they did at least score from the resulting free to cut the gap back to two points.

But in the end, Rangers’ rally came too late and Bagenalstown were more than deserving winners for their performance over the full course of the game.

We’ll have a full report, photos and reaction from the big in next week’s paper. 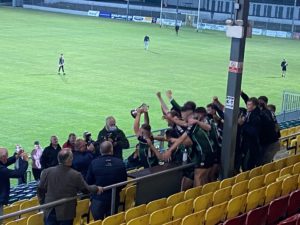