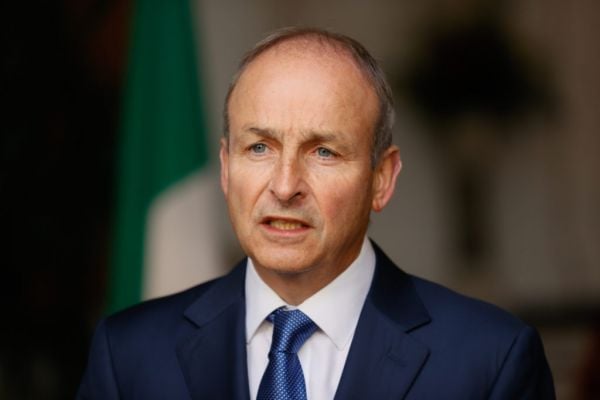 The Taoiseach has said the Government will not rule out keeping Covid-19 restrictions in some areas with high rates of the virus.

Micheál Martin’s comments come as 1,789 new cases of the virus were confirmed by the Department of Health on Wednesday. As of 8am this morning there are 360 patients with Covid in hospital, 56 of whom are receiving treatment in ICU.

While Mr Martin said the Government is not currently considering a pause of the easing of restrictions in parts of the country, he added: “We rule nothing out over the course of time.”

He also expressed concern about a comparatively lower uptake of the vaccination in some counties with high rates of Covid-19.

He promised that “additional efforts” are being made to remedy that.

In a lengthy interview with RTÉ radio, Mr Martin said that the country’s phased reopening plan – with the vast majority of restrictions set to be eased across September and October – was possible because of the “protection” provided by the success of the vaccination programme.

“We’ll be maxing out in terms of the protection that is available,” Mr Martin said.

He also confirmed that the Government was working on a plan to deliver booster vaccines in the coming weeks.

He said that they will be “necessary” and that anyone immunosuppressed would be the first in line to receive a booster jab.

He rejected the suggestion that the World Health Organisation’s (WHO) criticism of planned booster programmes applied to Ireland.

We wear masks to protect others from #COVID19. We should all continue to wear masks in appropriate settings, even if you are fully vaccinated. #COVID19 #ForUsAll pic.twitter.com/e8Ay74B3kL

The organisation had called for plans for booster programmes in highly vaccinated countries to be paused until jabs are available to less developed countries.

“The WHO’s view is that any mass population based booster campaign would be a cause for concern,” Mr Martin said.

He went on to defend the EU and Ireland’s record on providing jabs and vaccine technology to poorer countries.

Looking ahead, Mr Martin confirmed that the National Public Health Emergency Team (Nphet) would be phased out and would eventually not exist as a separate body.

“You need to transition the structures you have into the normal structure of Government,” he said.

He said that Nphet will be streamlined into existing Government and Department of Health structures, while the country’s vaccination taskforce would be integrated into the HSE.

COVID-19 is still here and the Delta variant spreads very easily. We need to keep protecting each other and we need your help.

Distance. Wear. Wash. We can do this #ForUsAll

Asked about a promised bonus for healthcare workers, he said that would happen “hopefully within the next couple of weeks”.

He said that additional funding would be made available to the healthcare service to cover the cost.

The Taoiseach also said that an inquiry into the State’s handling of the pandemic would not be “long-fingered”.

“I prefer the word evaluate,” he said. “Inquiry sometimes conveys the sense that we’re out to get people.”

Mr Martin did not provide a timeline for when it might take place, but said: “My preference is that we manage the pandemic first, with all hands on deck.”

He expressed concerns that an inquiry that appeared too punitive might “hamstring” people in future crises.

Tánaiste urges employers to give staff a pay hike