U20 Hurling Championship title up for grabs

TWO clubs who have been steadily building a healthy rivalry, particularly at underage level, face each other tonight at 7.30pm in Netwatch Cullen Park in the Stryve Under 20 hurling final.

It has been a fascinating competition with the two clubs battling alongside Ballinkillen and Naomh Eoin in Group 1. In the semi-finals, the top three were joined by St Mullins, who were winners in Group 2. Ballinkillen were fourth in Division 1 and desperately unlucky not to make the semi-finals.

“It has been hugely competitive and it is has been a great championship. There has hardly been a puck of a ball between sides in most of the games. Any game that finished with a five or six point victory happened near the end of the game,” pointed out Bagenalstown Gaels manager, Eamon Bolger. 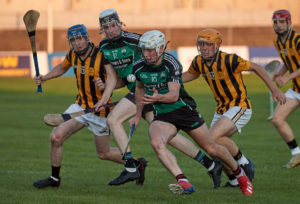 “It was a fantastic championship. We played down in Borris. We were four or five points up and allowed them back into the game. It was nip and tuck at the end,” Bolger added

“We won the minor in 2018. In 2019 they beat us in the minor final after a replay. There is nothing between us. It could have been a Ballinkillen v Naomh Eoin final this year. That is how close it has been.”

Eight miles down the road in Borris Patrick Kealy, the Rangers manager, is singing from the same hymn sheet.

“There have been a lot of draws and I wouldn’t rule it out on Wednesday but we will have to pull a performance out of the bag if we are to be there or thereabouts,” Kealy pointed out.

Bagenalstown drew with Rangers in the group game while Ballinkillen came late against the Gaels to earn a draw who needed to win to advance at the expense of the home side. Now after coming so close to being knocked out Bagenalstown are playing for the top prize. Even though the two sides drew in the first round Kealy says Rangers won’t be favourites.

“Looking at the teams this group of lads hadn’t made a final at minor. We were well short and were beaten in a semi-final. Bagenalstown were the dominant team. You always want to see progression from minor and progression has been for us to get to an Under 20 final. At least we have done that,” he says.

“If you look at the two squads we are short what I would say are the two best Under 20 hurlers in the county in Ciaran Kavanagh (out with injury for the last four weeks now which he can’t shake off) and Dean Tobin (long term injury). In that we have only one senior in Fiachra Fitzpatrick in our squad while Bagenalstown have seven or eight who are really flying. They may have progressed a bit more than we have and we are really up against it that way.” 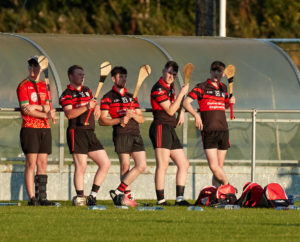 Mount Leinster Rangers subs use their hurls to block the sun during their Under 20 Hurling Championship semi-final win over St Mullins
Photo: michaelorourkephotography.ie

There are two Ciaran Kavanagh’s in the Rangers squad. Ciaran Kavanagh of Kyle will probably start in goal. He will have to be on his toes against a crack Bagenalstown full-forward line comprising of Kealan Guidera, Richie Whelan and Jake Doyle. Keep this trio quiet and this Rangers group could win.

Fourteen men Bagenalstown Gaels dug deep in the semi-final against Naomh Eoin. Rangers beat St Mullins, who if they had got a break in the final ten minutes, could have upset their old rivals. This is going to be tight. Whether it be senior, intermediate, junior or underage maybe this will be the best hurling game of the season so far. Bagenalstown have the superior fire-power up front to prevail.