‘She gave an awful lot’: Dignitaries gather in Derry for funeral of Pat Hume 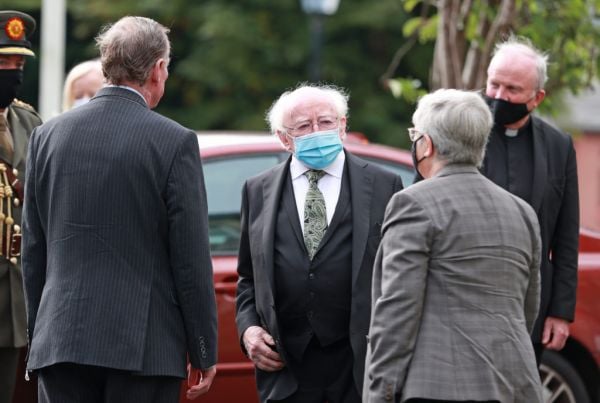 The funeral of Pat Hume, wife of the late John Hume, is taking place in Derry.

Ms Hume, a mother-of-five from Derry, died at home after a short illness last week. Her death came just over a year after that of her Nobel Peace Prize-winning husband John, the founder of the SDLP and a key architect of the 1998 Good Friday Agreement.

This morning, SDLP leader Colum Eastwood said the people of Derry are united in grief as he arrived for the funeral.

“I think the people of Derry are united in their grief today but we’re also very thankful for the life that Pat had and everything that she gave to us and for us.

“She gave an awful lot for the people of this city and for the people of Ireland, sacrificed so much but was committed to the very end to the peace process and changing our society, to lifting people out of poverty and creating a more just Ireland, and we’re very grateful for everything she did for us.”