FORMER Carlow hurling manager Colm Bonnar is back in inter-county management with his native Tipperary, the county board of the Premier County announced yesterday evening.

Bonnar brought down the curtains on a successful four year spell with Carlow last November but is now set to replace Liam Sheedy in the Tipperary hot seat in a three-year term.

Christy Ring and Joe McDonagh Cup wins with Carlow are part of Bonnar’s glittering CV and he will now look to replicate the success he had in a 17 year playing career for Tipperary where he won 10 Munster titles, 5 All-Irelands and an All-Star. 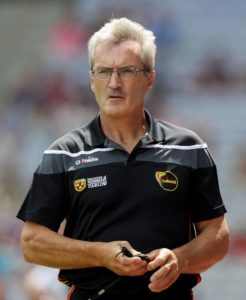 Bonnar said that he :

“Reslishes the opportunity to take on his biggest, but proudest challenge as Tipperary Hurling Manager. I realise that one of the most successful Tipperary teams ever is obviously coming to a natural transition with the departure of Liam Sheedy and the recent retirement of Brendan Maher and I would like to congratulate them on their amazing careers for Tipperary. However, I am confident with the experience still in the current squad and the many successful u20/21 and minor teams over the last number of years, there are many talented hurlers in Tipperary bursting to take their opportunity to be successful at senior level, just like I am as the new manager.’

‘I will bring to this role, all my playing and managerial experience, my passion for the game and for Tipperary, along with a track record of success and getting the most out of teams and players.’

Carlow GAA sent their best wishes to their former manager in a tweet: