THERE will be plenty of Carlow interest when Connacht take on London Irish in a pre-season friendly at The Showgrounds today at 5.30pm, in a game that will be streamed live on the Connacht Rugby Facebook and YouTube pages.

After a successful season that ended with a call up to the senior Irish squad, Tom Daly will look to pick where he left off and he is named in the number 12 jersey for the Westerners. 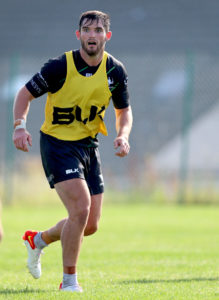 Former European Player of the Year Sean O’Brien is included in the travelling London Irish squad, and so too is Kildavin/Clonegal footballer and Ballinkillen hurler Cillian Redmond who is currently on trial with the club and trying to earn a contract.