Ger was a kind and gentle man, who always had and a smile on his face 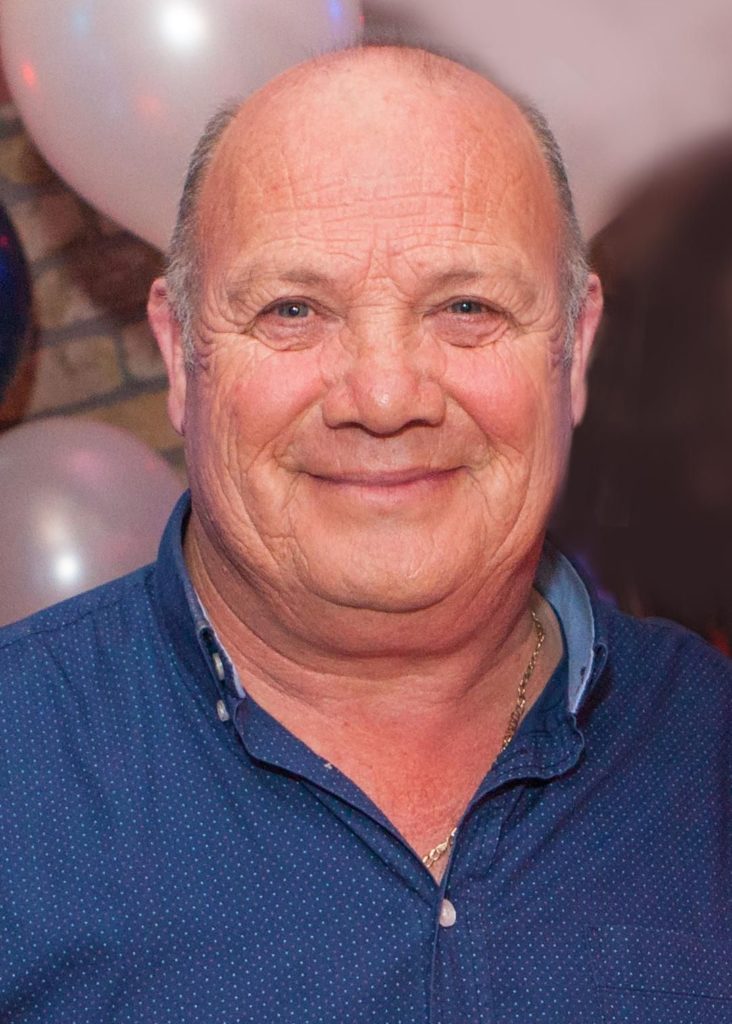 Aged 63, Ger was son of Mary (née O’Shea) and the late Jimmy (Terrazzo) Murnane, who was a well-known and popular figure in the political and business life of the Carlow-Graiguecullen area.

Ger was married to Helen Williamson from Carlow town and they had a family of four children – three boys and one girl. Ger’s sister Jennifer Murnane-O’Connor is a Fianna Fáil TD for Carlow-Kilkenny while his brother is cllr Ken Murnane, current mayor of Carlow Municipal District.

Ger had a variety of jobs throughout his life. He started off on a milk run before working for his uncle Seán O’Shea at the latter’s timber yard in Bestfield, Carlow. He went on to successfully sell Yamaha motorbikes. Ger then managed the Murnane shop and petrol outlet in Graiguecullen for a number of years, before becoming engaged in the family tiling business.

He became a taxi driver in Carlow during the late noughties and continued in that capacity until around 2015, when illness struck.

Ger was also a member of a number of bands in the Carlow area. He played drums and later bass guitar. His musical career also coincided with the singing pubs era and he played all over Carlow, Laois, Wicklow, Wexford and Kilkenny.

In a heartfelt tribute to her dad during his funeral Mass in St Clare’s Church, Graiguecullen on Thursday 12 August, his daughter Michelle said that almost six years ago the Murnane family’s world was turned upside down when Ger was delivered the devastating verdict of a lung cancer diagnosis.

Michelle’s eulogy continued: “The tumour was inoperable and had also spread to lymph nodes in Dad’s chest. He was told upon diagnosis to get his affairs in order. Statistically, he had a 2% chance of living to five years. From this point on, Daddy never looked at a single letter or spoke of his prognosis and chose to focus on any positives, no matter how small. We never, ever discussed the what-ifs.

“This kind, gentle soul, who would give you the coat off his back and would cry at the drop of a hat or a good soppy romantic comedy, was about to show us a strength that went on to baffle his medics and shock us time and time again. His sheer will to live was unfaltering.

“Every medical appointment family members ever attended with him always had two certain outcomes: he would lie his face off and tell the hospital authorities he felt great in case they tried to keep him in; and secondly, we would hear him utter four little words to his medical team: ‘I will do anything’ … and he did everything. He never gave up and never complained. He hid his pain to the very end so as not to worry others.

“Daddy attempted to hide many a temperature reading, but failed miserably after some patient negotiating with Mammy. He had experimental trials and an extraordinary amount of chemotherapy.

“Radiation was a possibility at one stage. He was warned of severe damage to his oesophagus. However, it later transpired his oesophagus was off centre and therefore wouldn’t be affected. We joked among ourselves that Mother Francis and the other Poor Clare Sisters had moved his oesophagus for him. Unfortunately, the radiation wasn’t to be, due to concerns about damaging other organs, and the movement of his oesophagus remains a mystery to some and a foregone conclusion to others.”

Michelle said that many a day, when leaving the hospital, Ger would ask her to send a text to Mother Francis and tell her ‘I’m okay. Make sure you put kisses on it’. He heavily valued the Poor Clares’ friendship, time and prayer. They gave him solace on the darkest of days.”

The other three little words he mentioned constantly to his family were: “I love you”. He loved deeply, especially his kids, grandchildren, parents, siblings, friends and, of course, wife Helen, whom he had loved since the age of 12.

“They are two halves of one whole: inseparable, deeply in love and the very, very best of friends. Mammy has minded Daddy throughout his illness like he was precious petal. She is a huge part of the reason we have had so much borrowed time and we can never fully express our love and gratitude.”

Michelle said that throughout her dad’s life, his concern was always for his loved ones. “He has shown this undeniably in both his words and actions throughout our entire lives, and never more so than when he fell ill.

“He is an unimaginable loss to us as a family. I wish we could all be more like him. He took joy from the smallest of things. It was never, ever money (luckily, as he was desperate with it) or flash holidays. It was family, friends, our garden, a good sing-song, a good movie, having a coffee and a chat. He never judged and always rooted for the underdog. He was happy if you were happy.

“To sum Daddy up: he was a kind, honourable, gentle man, who always had hope in his heart and a smile on his face. We are honoured and blessed to call him our father.”

Michelle’s eulogy concluded: “Daddy always said he was never happier than when all his kids were tucked up safely in their warm beds happy and contented.

“Today we reluctantly hand Daddy over to his angels, tucked up safely for his final resting place, safe in the knowledge that he will continue to watch over us and protect us as he has always done.”

Ger was waked at home in Portlaoise Road, where prayers were led by Fr John Dunphy, PP, Graiguecullen-Killeshin. His remains were removed on Thursday for noon Mass, celebrated by Fr John, after which Ger was laid to rest in Sleaty New Cemetery.