Family meant everything to talented Gretta 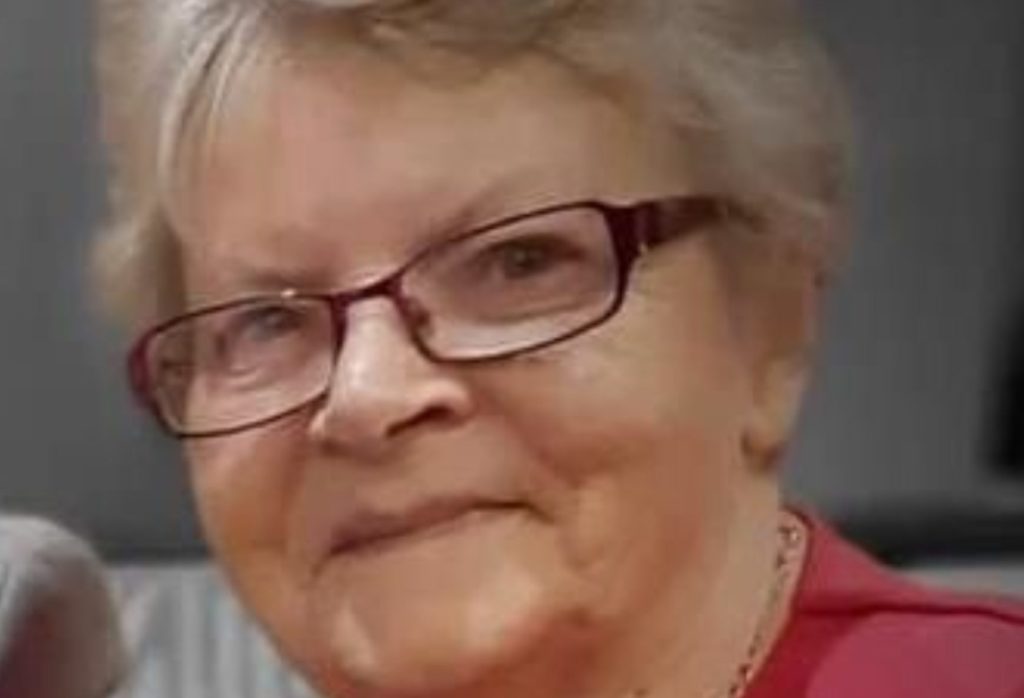 GRETTA Dowling, 79 Pairc Mhuire, Tullow passed away peacefully at her home, after a short illness, on Friday 25 June in the loving care of her family.

Gretta was born in 1934 in Gilbertstown, Rathoe, Co Carlow and was the eldest of three children, being survived by her sister Babs and predeceased by her brother Jimmy, affectionately known as ‘Snooks’.

When Gretta was nine years’ old, she learned to play the accordion on an instrument that belonged to a relative. She learned by ear and kept playing whenever she could. When she was 19, Gretta obtained her own accordion and, in time, became an accomplished player.

She was always very close with Babs and Jimmy, who passed away in December 2014.

In August 1959, Gretta married Seamus Dowling from Kellistown and they began their life together, living in a little lodge on the Bunclody Road in Tullow. They started their family there with the arrival of twins Patricia and Bernadette, followed by Jimmy, Brendan, John and Eamon. Then in 1965 they moved to Tullow, Pairc Mhuire to be exact, where they had seven more children – Brian, Jacinta, Clare, Paul, Kevin, Caroline and Louise.

Throughout all of those years, without fail, Gretta and Seamus would always arrange to bring their 13 children to Courtown for a week every summer. The family stayed in two mobile homes, and the annual holiday holds so many special memories for them all.

As the children got older and married with their own families, Gretta began to organise annual family bus trips. She would hire Mulhall’s local bus service and set a date for everyone to gather and head off to various places such as Killarney, Galway and Cork, to name but a few of the destinations around the country. All generations of the Dowling family travelled on these bus trips – everyone from her own Mam to grandchildren, who were babies. It was such a special time to have everyone together enjoying the craic and she would bring along her accordion for a few tunes on the bus.

Seamus opened a video shop in Tullow and Gretta started working there. It was in the shop that people in Tullow got to know her so well. She loved the chats with everyone and getting to know new people. She worked in the video shop until it closed after 25 years of business. She missed the routine of meeting and chatting with the customers.

Gretta was also a volunteer for Daffodil Day in Tullow and always appreciated the support for that very worthy cause from the local community.

Throughout the years, Gretta continued to play the accordion and began to perform at local community venues, providing entertainment for the elderly. She was appreciated by all who were entertained and was widely recognised for her talent. Gretta played regularly at the day care centre in Tullow and went away on bus trips with them, bringing her accordion for entertainment.

In later years, she played at local nursing homes and some far afield care homes for the residents, who loved when she would come and play. Due to the pandemic, her final visit was to one of the care homes, Lawson House.

She was collected by her close friends Martin and Joe to head off and play for the residents at the home. This was a monthly trip for Gretta.

Gretta began going to Song and Story houses later in her life and made so many good friends there. Herself and Seamus would travel all over the southeast to different story houses to play her music and join in the craic. She was so well loved by this community and it gave her great joy to be a part of it. In fact, Gretta set up her own Story House with Seamus in Rathoe, which ran successfully for 17 years. Music was her passion and she loved to share it with everyone.

One of Gretta’s traditions was to have all the family call to the house on Christmas Eve for a couple of hours. More than 50 family members, ranging from newborn babies to the eldest of her 13 children, would fill the house, exchanging presents and catching up. This went on for nearly 20 years, right up to before her passing. She loved these gatherings and had a hug and a chat for everyone who came through the door.

Her family was everything to Gretta. She was so kind and was always there for each one of them whenever they’d call.

Gretta and Seamus celebrated their 60th wedding anniversary in 2019. It was a very special occasion, having the whole family there, along with friends and relatives to enjoy this great milestone in the lives of Gretta and Seamus.

Gretta will be deeply missed by her loving husband Seamus, daughters, sons, sons-in-law and daughters-in-law, grandchildren and great-grandchildren, along with her sister Babs, brothers and sisters-in-law, nieces and nephews, friends and neighbours.

The funeral Mass for Gretta Dowling was celebrated in St Patrick’s Church, Rathoe on Sunday 27 June, when her accordion was brought forward by her grandchildren Katie and Aoife, reflective of her great love of music. Fr Jim O’Connell, PP, Ballon-Rathoe celebrated the Mass, after which Gretta was laid to rest in the adjoining cemetery, with Fr Jim reciting the final prayers at the graveside.

The Month’s Mind Mass for Gretta Dowling was celebrated in St Patrick’s Church on Friday 23 July.