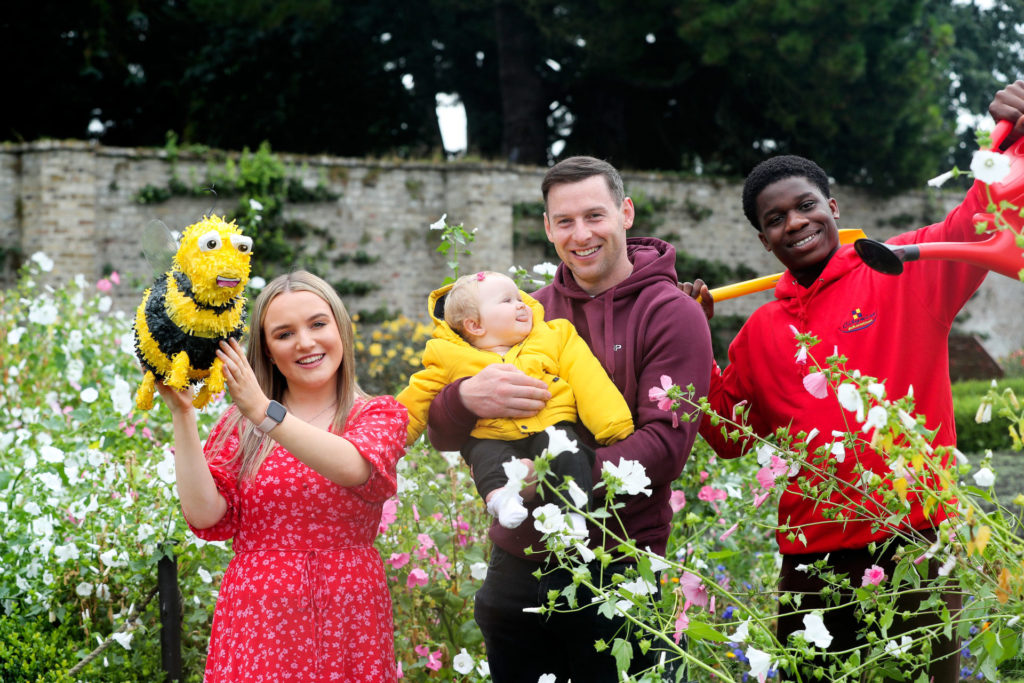 TO CELEBRATE 35 years of Gaisce, the President’s Award, the organisation is encouraging Carlovians of all ages to take up their own Gaisce challenge by planting a pollinator-friendly bulb to protect one of the most important players in the climate change battle – bees.

The #BulbsForBees campaign is supported by President Michael D Higgins and the All-Ireland Pollinator Plan, who have worked with Gaisce to undertake the largest-ever pollination project in Ireland.

Since its inception in 1985, thousands of young people across Carlow have achieved a Gaisce Award, including 17-year-old St Leo’s College student and climate activist Caoimhe Martin, who helped to officially launch the BulbsForBees campaign in the Phoenix Park alongside footballer and Gaisce council member Philly McMahon.

“I’m delighted to be part of BulbsForBees, which is the biggest-ever pollination project to take place in Ireland and as a Gaisce award recipient I am honoured to take part in the initiative as the organisation celebrates its 35th anniversary,” said Caoimhe.

“Like a lot of young people, I’m passionate about the environment and climate change and getting involved with BulbsForBees is a really accessible way for everyone to make a difference. If we all take one small action, we can make a huge impact,” said the silver Gaisce Award participant.

“Bees are such a vital part of the environment and that is why it’s so important that as many people as possible get out and plant a pollinator-friendly bulb this autumn,” said Caoimhe.

“It’s as simple as popping a bulb into a pot and letting it grow. The best thing about this campaign is that it’s for everyone – no matter what age you are, this is your chance to get involved with Gaisce,” she added.

Sara Tallon, President’s Award leader in St Leo’s College, Carlow said the school is delighted to be involved in Gaisce’s BulbsForBees campaign and feels “this is something everyone in Carlow can get behind and take part in.

“Our pupils are incredibly interested in the environment and we are very proud that Caoimhe has taken a leading role in raising awareness about climate issues,” said Sara.

This week, more than 50,000 pollinator-friendly bulbs will make their way to every post-primary school in the country; to Gaisce Award partners, including disability services, prisons and volunteer centres with the help of An Post; and over 300,000 bulbs through the Irish Local Development Network for distribution to the wider youth and community sector with support from the Department of Children, Equality, Integration, Disability and Youth – these bulbs will be provided for free.

Find out how you can participate in the project and how to receive a certificate of participation from the Gaisce website. For more information, please visit www.gaisce.ie/bulbsforbees/