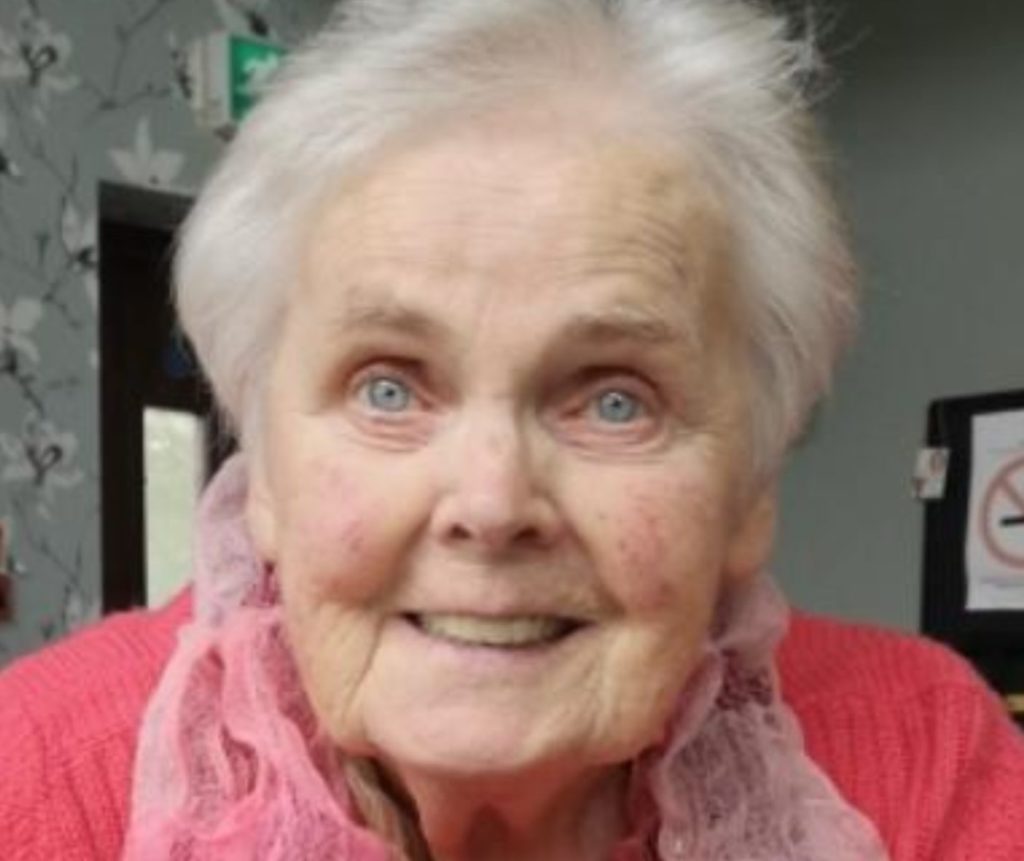 The death has occurred of Theresa Kennedy (née Griffin) of Grangeford, Bennekerry and formerly The Square, Tullow, Co. Carlow, passed away peacefully, in the loving care of the staff at SignaCare Nursing Home, Killerig, Co. Carlow, on 13 September 2021.
Beloved wife of the late Ned, beloved mother of Fiona, Grainne, Therese, Brian and Mary-Clare, adored grandmother of Sean, Joe, Jill, Aislinn, Ciaran, Rachel, Annette, Frank, Grace, Keira, Joy and Cathal and cherished sister of P.J, Bernadette, Pauline, Gay, Anthony and the late Maura and Cecila and mother-in-law of Brian, Frank, Kevin, Anita, Jordan and the late Roger.
She will be sadly missed by her loving son, daughters, grandchildren, brothers, sisters, brothers-in-law, sisters-in-law, nephews, nieces, cousins, extended family, relatives and friends.
Funeral Mass, for family and close friends, will take place on Thursday at 1am St Patrick’s Church, Rathoe and will be followed by burial afterwards in the adjoining cemetery.
Due to Covid restrictions, the Capacity of St Patrick’s Church is limited to 50%, with this in mind the church will be for family members during the Funeral Mass but friends and neighbours are more than welcome to attend in the church grounds.

The death has occurred of John Gahan, Coolyhune, Graiguenamanagh, Carlow Deeply regretted by his brother Jimmy, nephews, nieces, relatives and friends. Reposing at Walsh’s Funeral Home, Graiguenamanagh on Wednesday from 2pm to 8pm with prayers at 7:30pm. Funeral Mass in Glynn Church at 11am on Thursday with burial afterwards in St Mullins Cemetery. Due to Government guidelines 50% capacity is permitted in church.