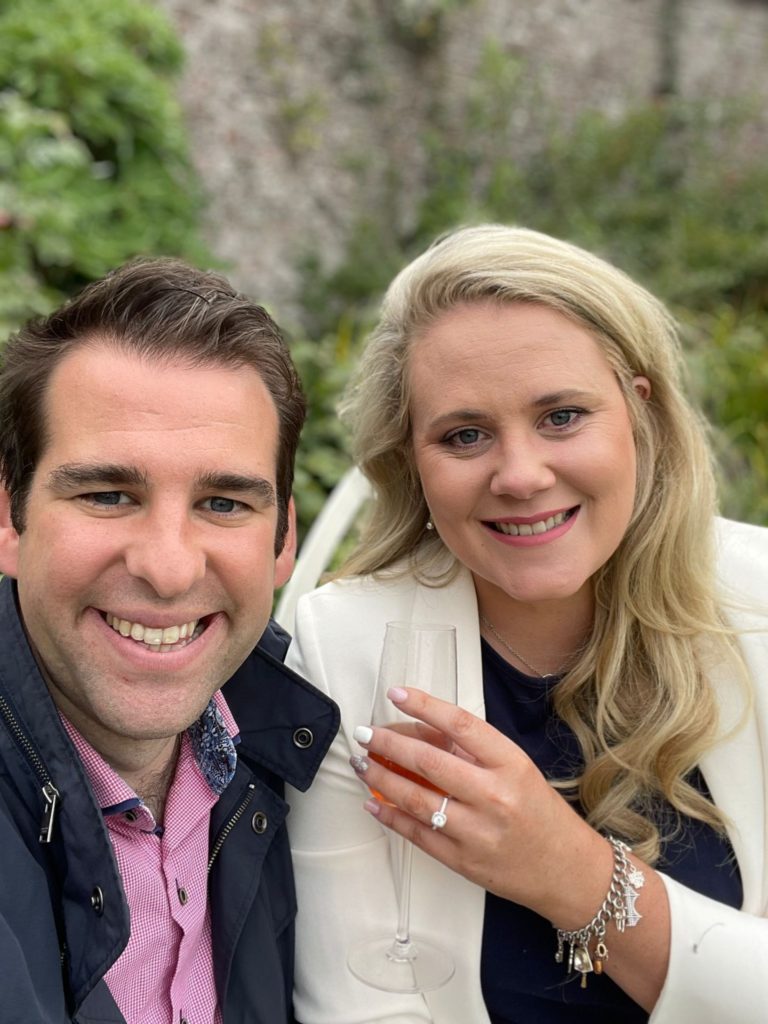 HE MAY be used to putting his fate at the mercy of Carlow’s electorate, but would Carlow’s first citizen get the result he wanted when he went down on bended knee? The answer was a resounding “yes”, when cathaoirleach of Carlow County Council cllr Fintan Phelan proposed to girlfriend Sinead McAuliffe last week.

“We’re over the moon … well, I know I definitely am,” said an elated Fintan.

So for a man so accustomed to making speeches and convincing voters of his merits, how does taking the leap and proposing marriage rate?

“You wouldn’t think you’d be nervous, but then you start to think about it … what you’re going to say and start planning it, then I definitely was nervous,” he admits.

Fintan came up with the perfect ruse to surprise Sinead, who was totally unaware their special moment was about to happen! “I told her I had to do a recording in Duckett’s Grove for the council for social media and that I needed a hand,” explained Fintan. So as Sinead happily started recording in the walled garden of Duckett’s Grove, without warning, Carlow’s first citizen dropped to one knee.

“I’d a bottle of champagne in a bag and a cheeseboard from A Little Slice of Heaven that I told Sinead were props from the council … and then I had the ring from Bramley’s Jewellers, which I had picked out myself,” smiles Fintan.

Fintan even had two bouquets of flowers on standby – one from Carlow Florists and another from My Dear – for Sinead and Sinead’s mum Eimear.

A surprised Sinéad happily replied “yes” and the couple have been inundated with well-wishes since.

The couple are together eight years and, proving they are a match made in heaven, actually met at a Fianna Fáil party fundraiser in Shelbourne Park!