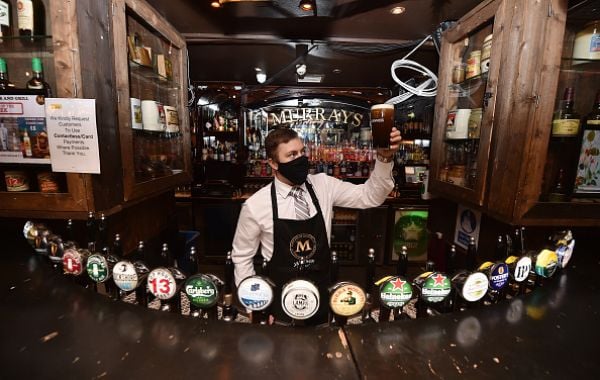 Extended opening hours and the number of venues permitted to sell alcohol are to be considered by Government as part of plans to revive the nightlife sector.

Cabinet is due to receive a report from the night-time economy taskforce on Wednesday which recommends changes to licensing laws among its 36 proposed actions.

According to The Irish Times, Minister for Culture Catherine Martin will present the report which suggests a range of supports and initiatives, including extending the opening hours of cultural institutions.

Under the proposed plans, cafes and clubs could be permitted to remain open later Monday-Thursday for cultural and live events and also recommends the development of alcohol-free activities.

The group also recommend that safeguards should be put in place to protect women and vulnerable people working in the sector, adding planning codes and regulations should be assessed to allow buildings, including empty units, to be used by the night-time economy for “meanwhile use”.

Minister of State Hildegarde Naughton is also expected to seek Cabinet approval to proceed with the drafting of the Sale of Alcohol Bill 2021 which may extend opening hours for licensed premises while also permitting the sale of alcohol at non-traditional venues, such as museums.