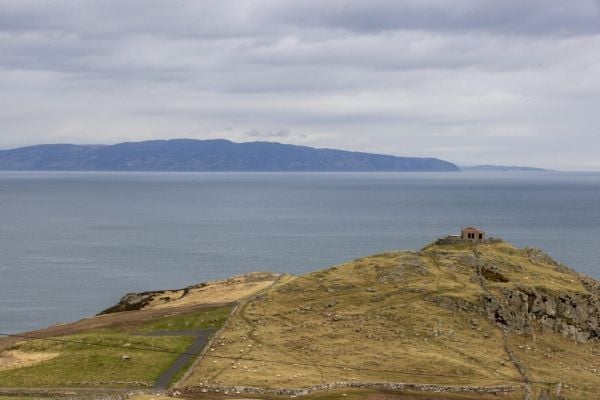 Plans to build a fixed transport link between Northern Ireland and Scotland have been put to bed, a Stormont minister has said.

Nichola Mallon said she was pleased to have got confirmation that plans for a bridge or tunnel have been shelved.

Her comments to her Assembly scrutiny committee followed a report in this week’s Financial Times that the project was set to be a high-profile casualty of a Treasury spending review.

British prime minister Boris Johnson has been a vocal supporter of the fixed link and the UK government had commissioned a feasibility study to examine if the infrastructure project was possible.

Some experts estimated a bridge could cost £20 billion (€23 billion).

“I was pleased that we got confirmation that the distraction of a £20 billion fixed bridge, or three tunnels and a roundabout under the sea has finally been put to bed,” Ms Mallon told a meeting of Stormont’s Infrastructure committee.

“This was a bridge that was estimated to cost £20 billion and we all know around this table what we could do for infrastructure and for our communities with £20 billion.”

Ms Mallon said the UK government had yet to stump up the funds required for a series of infrastructure projects within the North that it committed to supporting in the New Decade, New Approach agreement that restored powersharing in 2020.

“The truth is that the British government, Boris Johnson have signed up to a number of infrastructure commitments in New Decade, New Approach,” said the minister.

“It was Boris Johnson who wanted the terminology to ‘turbocharge our infrastructure’ in New Decade, New Approach and I continue to make engagements with ministerial counterparts in the British government to press on them to realise that commitment.”

She added: “I will continue to do what I can to secure the funding that has been promised.”