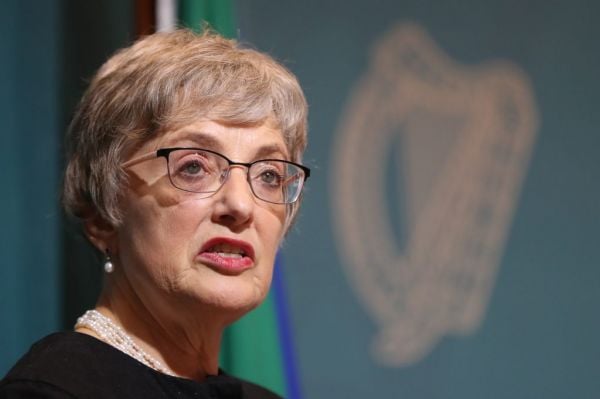 Katherine Zappone is to be invited to appear before the Oireachtas foreign affairs committee to offer details regarding her controversial appointment to a UN special envoy position.

The committee is holding a private session today in which members decided to write to Ms Zappone asking her to appear before the committee.

According to The Irish Times, the committee is also thought to be discussing whether a similar invite should be extended to Martin Fraser, the secretary general of the Department of the Taoiseach, to answer questions as to when the decision to nominate Ms Zappone was conveyed to Taoiseach Micheál Martin.

Earlier this week, Tánaiste Leo Varadkar said a memo naming the former minister was received by the Taoiseach’s office the day before the Cabinet meeting when Ms Zappone was nominated.

However, speaking later that morning, Minister for Public Expenditure Michael McGrath contradicted Mr Varadkar’s version of events, stating the memo in question did not name Ms Zappone and a statement from the Taoiseach later reiterated he had no knowledge of the appointment until the memo was circulated at the Cabinet meeting.

Due to the controversy surrounding Ms Zappone’s appointment and the contrasting timeline of events, Sinn Féin are expected to table a motion of no-confidence in Minister for Foreign Affairs Simon Coveney later today.

The motion is expected to be put forward when the Dáil returns from its summer recess this afternoon.

It is thought Mr Coveney will survive the vote, with both Micheál Martin and Eamon Ryan stating they expect their party members to vote against the motion, with the Fianna Fáil party whip also being imposed.