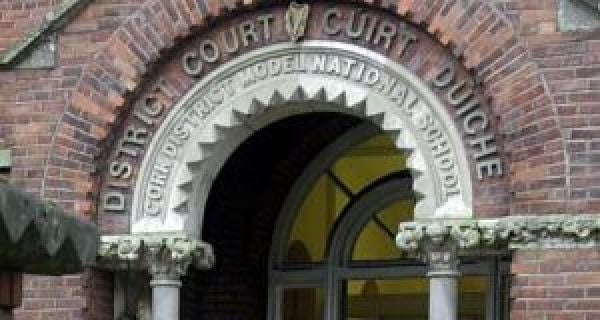 A middle-aged couple have appeared before Cork District Court charged with a series of offences including the rape, sexual assault and sexual exploitation of their son when he was aged between three and four and a half-years-old at their home in Cork city.

The couple were charged following a probe by the Cork City Garda Protective Services Unit. Neither party can be named to protect the identity of the child.

The 52-year-old man was charged with three counts of anally raping his son at a location in Cork on dates between September 11th 2014 and June 18th, 2015. The charges are contrary to Section 4 of the Criminal Law Rape Amendment Act 1990.

The man was also charged with two counts of sexually assaulting his son at a location in Cork between the same dates in 2014 and 2015. These alleged offences are contrary to Section 2 of the Criminal Law Rape Amendment Act 1990.

He was further charged with three counts of sexually exploiting his son by allowing or inducing the child to engage in a sexual act with another male, again between the same dates in 2014 and 2015.

Meanwhile, the 44-year-old woman was charged with one count of sexually assaulting the child between September 11th, 2013 and June 18th, 2015 and with two counts of sexually exploiting the child by inducing him to engage in a sexual act with her, again between the same dates.

Det Garda Caroline Keogh of the Cork City Division PSU gave evidence of arrest, charge and caution in both cases. She told Judge Olann Kelleher the man made no reply to any of the charges after caution. She said the woman replied: “It did not happen” when the three charges were put to her after caution.

Sgt Pat Lyons said the Director of Public Prosecutions (DPP) had directed trial by indictment for both accused at the Central Criminal Court and had consented to both being sent forward on a signed plea of guilty.

Det Garda Keogh said that gardai were objecting to bail for the man arising out of seriousness of the charges. She expressed her concern that the man was a flight risk as he was born overseas and has no ties to the jurisdiction.

Solicitor Diarmuid Kelleher, who is representing the man, said his client had undergone major surgery for a serious medical condition a number of years ago and was still in poor health.

Det Garda Keogh said she believed the charges were extremely serious and she feared the man, if granted bail, might leave the country to avoid standing trial.

Det Garda Keogh said gardaí would agree to the woman being remanded on bail provided she indicated her willingness to meet a number of bail condition. Her solicitor Frank Mr Buttimer indicated his client was willing to abide by the terms of her bail.

Judge Kelleher remanded the woman on bail on condition she live at her home address, abide by a curfew, sign on at a local garda station three times a week, surrender her passport, and provide a mobile number so gardaí can contact her 24/7. He remanded her on bail until October 21st.

Judge Kelleher said the charges against the man were too serious to grant bail in this case. He remanded him into custody to appear on September 23rd.

Legal aid was granted to both the man and the woman after the court heard they were both receiving disability benefit.