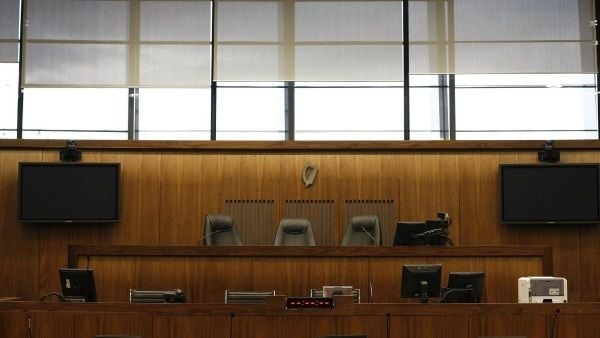 A Dublin grandfather whose son was murdered over a drug feud offered his home as an overnight safe house to a Kinahan cartel assassin, the Special Criminal Court has heard.

Stephen Fowler (62) pleaded guilty on Tuesday at the non-jury court to his participation in the attempted murder of Kinahan cartel target James ‘Mago’ Gately, a member of the rival Hutch gang, when Gately was living in Belfast in April 2017.

Less than a month later, in May 2017, Gately survived a second assassination attempt on his life when he was parked at the Topaz petrol station in Clonshaugh in north Dublin, where he was shot five times.

Det Sgt Carolan said gardaí monitored Arakas taking a bus from the airport to Dublin city centre, where he bought a wig, before he was collected by Fowler and another male and taken to Fowler’s home at Blakestown Cottages, Clonsilla, Dublin 15.

Mr McGinn said at around 8.20pm on April 3rd, 2017, Fowler picked up Arakas in his van, which was branded ‘Blakestown Tyres’, at Barry’s Hotel in Dublin city centre. He then brought him to Blakestown Cottages because Fowler had “owed” another unnamed male.

The next day, April 4th, 2017, gardaí, on foot of a search warrant, went to the Blakestown Cottages address and arrested Fowler and Arakas.

In interviews with gardaí, Fowler said he would not name whom he took instruction from because it would amount to a threat to his life.

Mr McGinn said a visible open thread on the Blackberry phone device used by Arakas led to gardaí piecing together the plot to murder Gately. Garda investigators took photos of the information on the Blackberry, as that information could be remotely deleted, said Mr McGinn.

Det Sgt Carolan agreed with Mr McGinn that tracking devices were in place and were monitoring Gately, Gately’s sister’s vehicle and, mistakenly, another unrelated male’s car.

Mr McGinn said a tracking device had later been put in place on Gately’s car and the PSNI had been informed of the matter on April 4th, 2017, which led to the thwarting of the assassination.

On Tuesday, Fowler pleaded guilty to the single charge of having knowledge of a criminal organisation and “with the intention of enhancing the ability of the said criminal organisation or any of its members to commit a serious offence, namely the murder of James Gately, participated in or contributed to activities with the said offence”.

The offence relates to dates between December 7th, 2016, and April 4th, 2017, at a location or locations within the State, when Gately was in Northern Ireland.

In 2012, Fowler pleaded guilty to possession of cannabis worth €450,000 and served six years of an eight-year sentence.

The courts will now review the matter of the 2017 offence, as Fowler was on a two-year suspended sentence at the time from his release of June 7, 2016.

Defending counsel, Michael Bowman SC, said that his client had “engaged fully” with gardaí in interviews and that Fowler had made “substantial admissions”.

Mr Bowman said Fowler knew Arakas was in the country for “a criminal act” but added he was unaware of the plot to kill Gately.

Mr Bowman said Fowler admitted that he was part of facilitating a criminal act and that he acknowledged that what he did was “wrong”.

Counsel said that Mr Fowler’s son, Eric (34), was in Poland at the time of the offence and that Fowler had taken responsibility for a debt associated with his deceased son.

Father-of-two Eric was gunned down in front of his home at Blakestown Cottages on December 22nd, 2018.

Mr Bowman said with regards to Fowler’s previous drug conviction it was Eric who was “the person of interest” and his client’s incarceration cost him a marriage of 36 years.

Mr Bowman added Fowler was “taking directions” and not “giving them out” at the time of the 2017 conspiracy to end Gately’s life.

Counsel said Fowler was “at the sharp end of a criminal circle” when his client committed the offence, adding he has four grandchildren and was “very close” with his daughter.

Mr Justice Tony Hunt, presiding at the three-judge court, said the court would finalise sentencing in the matter, which carries a maximum jail-term of 15 years, on October 4th.

Related court cases have heard that Gately had been warned by gardaí of a threat to his life from criminals who believed him to be involved in the Regency Hotel murder of Kinahan Cartel associate David Byrne in February 2016.

The Special Criminal Court has previously heard there was “ongoing targeting” of Gately in the context of a feud between the Hutch and Kinahan crime groups.

At a previous hearing, Det Sgt Carolan said that following the Regency Hotel attack during which Kinahan gang member David Byrne was shot dead, Gately was “one of a number of members of the Hutch organisation who were targeted by the rival gang known as the Kinahan crime organisation”.

Earlier this month, senior cartel member Peter Keating (40) of Rowlagh Green, Clondalkin, Dublin 22, was jailed for 11 years having pleaded guilty to directing the activities of a criminal organisation between December 7th, 2016, and April 4th, 2017, inclusive, within and without the State under Section 71 of the Criminal Justice Act.

In July of this year, David Duffy (33) of Greenfort Lawns, Clondalkin, Dublin 22, also pleaded guilty to having knowledge of the existence of a criminal organisation and participating in or contributing to activities connected with the said offence, namely the murder of James Gately, with the intention of enhancing the ability of the said criminal organisation or any of its members to commit the serious offence, within the State between December 7th, 2016 and April 6th, 2017, both dates inclusive.

Duffy was sentenced to five years’ imprisonment with a further year suspended.

In another attempt on his life, Gately, who wore a bullet-proof vest, survived being shot five times as he sat in his car at the then Topaz petrol station on the Clonshaugh Road in north Dublin on May 10th, 2017.

In February of last year, Caolan Smyth (30) of Cuileann Court, Donore, Co Meath, was sentenced to 20 years for the attempted murder of Gately and for possession of a firearm with intent to endanger life. Smyth had denied both charges.

Gary McAreavey (53) of Gort Nua, Station Road, Castlebellingham, Co Louth, had pleaded not guilty to acting to impede an apprehension or prosecution by purchasing petrol and assisting in the burning out of the vehicle, a black Lexus, used in the attempted murder at Newrath, Dromiskin, Co Louth on the same day.

Arakas (63) was jailed by the Special Criminal Court for six years in December 2018, after he admitted to conspiring with others to the attempted murder of Gately in Northern Ireland between April 3rd and 4th, 2017.