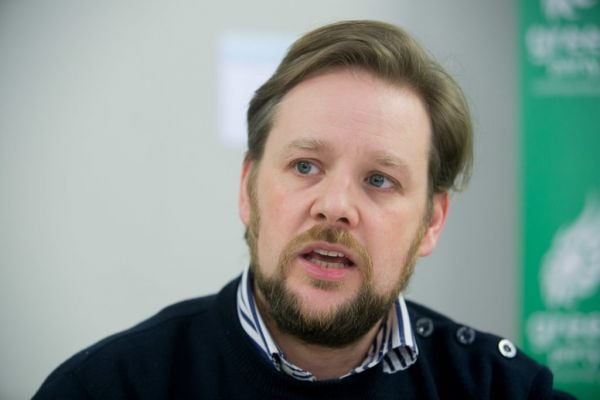 The High Court has dismissed a challenge by Green Party TD Patrick Costello over the constitutionality of aspects of the CETA EU-Canada trade deal.

In a detailed and lengthy judgement dismissing the action, Ms Justice Nuala Butler said that she was satisfied that Mr Costello had “not established that the ratification of the 2016 CETA in the manner proposed would be clearly unconstitutional.”

The judge gave her decision in the Dublin South Central TD’s challenge against the constitutionality of the deal that provides for ‘investor courts’. The function of the investor courts is to decide complaints by Canadians who invest in EU member states.

In his proceedings against the Government of Ireland, Ireland and the Attorney General, Mr Costello claimed the protections for Canadian investors in Chapter 8 of the Comprehensive Economic Trade Agreement (CETA) usurp and supplant the law-making function of the legislature and the judicial competence of the Irish courts as set out in Articles 15 and 34 of the Constitution.

Chapter 8 provides for an investor protection and investor tribunal system.

If ratified, a code of rules will come into force under which Ireland will be bound by restrictions relating to establishment of investments by Canadian investors here.

Mr Costello’s concerns include there is no limit on the value of compensation which may be awarded under the investor tribunal system and neither it, nor an appellate tribunal, will be composed of judges appointed under the Constitution.

He was further concerned about the potential ratification on Ireland’s ability to introduce regulation, particularly in the environmental sphere.

The State, he argued, could be made liable for damages for loss suffered by a Canadian investor as a result of Irish environmental regulations.

CETA’s ratification could, Mr Costello claimed, have a chilling effect on the State’s willingness to introduce desirable regulations regarding the environment.

There was no mechanism under CETA reserved for the Irish courts via appeal or judicial review to determine whether the investor tribunal/appellate tribunal established under CETA has given due weight to the rights of Ireland, he claimed.

The respondents denied the disputed provisions involve a transfer of sovereignty and contend, inter alia, that CETA creates rights and obligations at the level of international law but is not part of the domestic law of the state.

They also rely on EU law. Their core claim is that CETA involves an exercise of the executive power of the State to enter into an international agreement which, they argued, is fully compatible with the Constitution.