Ireland last out of 36 developed countries for investment in education 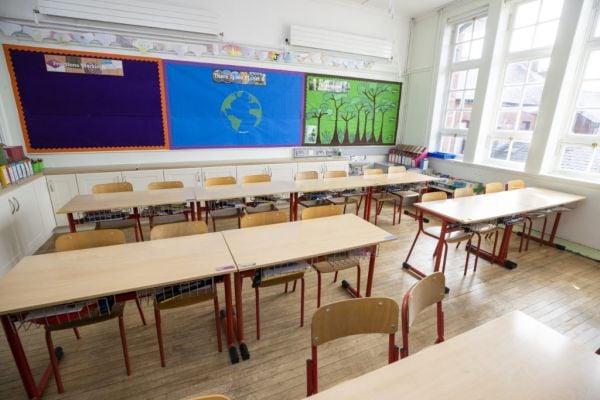 Ireland ranks last out of 36 developed countries for investment in education as a measure of national wealth or gross domestic product (GDP), according to new data.

The data from the Organisation for Economic Co-operation and Development (OECD)’s annual Education At A Glance 2021 report shows spending on education in Ireland accounted for 3.3 per cent of GDP in 2018.

This compares to an EU average of 4.4 per cent and is significantly lower than top-performers such as Norway on 6.6 per cent.

Economists say the presence of multinationals distorts Ireland’s GDP figures, but education unions say the figures confirm the extent of under-investment in Irish schools, according to The Irish Times.

“If we take GDP as a measure of national wealth, it is unacceptable that a rich country like Ireland remains at the bottom of the global rankings,” Association of Secondary Teachers Ireland (ASTI) president Eamon Dennehy said.

The salaries of school staff represent the largest single expenditure in education.

In Ireland, the salaries of teachers with 15 years of experience increased by 16 to 17 per cent between 2005 and 2020, compared to an average of two to three per cent across OECD countries.

The OECD data also indicates that Ireland has the lowest proportion of under-performing pupils in disadvantaged areas.

Ireland has fewer children from lower socio-economic groups performing at the lowest level in standardised tests, at 16 per cent compared to the OECD average of 29 per cent.

The proportion of students completing school is also particularly high in Ireland, with some 93 per cent of 15 to 19-year-olds enrolled in second-level education compared to the OECD average of 84 per cent.

However, national adult learning organisation AONTAS said the report nonetheless highlights some “stark inequalities” linked to education levels and earnings in Ireland, with a reduction in marginalised groups participating in education amid the pandemic.

Since March 2020 there has been a significant reduction in marginalised groups, such as Travellers, migrants and lone parents participating in education

“Since March 2020 there has been a significant reduction in marginalised groups, such as Travellers, migrants and lone parents participating in education,” AONTAS chief executive Dr Niamh O’Reilly said.

“The report shows a 26 per cent drop in adults taking part in both formal and non-formal education and training.

“The report also shows a clear link between education levels and earnings – 41 per cent of 25 to 64-year-old adults with below upper secondary level education (less than Leaving Certificate) earned at or below half the median earnings in 2019. The average for OECD counties is 27 per cent.”

AONTAS also said the report shows “a worrying trend” in gender inequality, with young women less likely to be employed than young men, particularly those with lower levels of education.

Only 33 per cent of 25 to 34-year-old women with below upper secondary attainment were employed in 2020, compared to 53 per cent of men in Ireland.