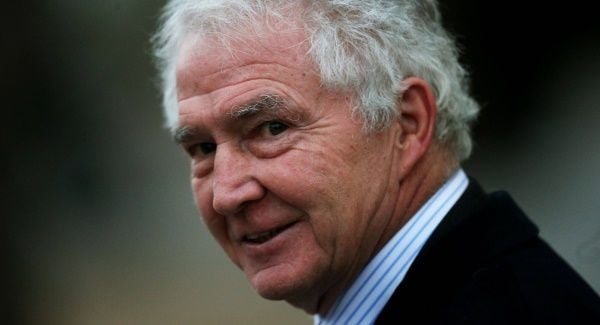 This follows the Burnaby Residents Association lodging an objection against the plan by Mr Fitzpatrick and his wife, Caitriona for a two-storey four-bedroomed home at Meadow Garden, Farm Lane in the Old Burnaby area of Greystones.

At ground level, each of the four bedrooms is to have access to a veranda off the main garden while at first floor level, a family room, a living room and kitchen/dining room will all have direct access to an external terrace.

The proposed home is next door to a site where the Fitzpatricks secured planning permission for a four-bedroomed home last December at the Meadow Garden site which lies close to Greystones Golf Club.

Mr Fitzpatrick lost control of the Meadow Garden site when he was declared a bankrupt in 2010 with debts of €147 million.

Mr Fitzpatrick was discharged from bankruptcy in 2014 and Caitriona Fitzpatrick bought back the Meadow Garden site in 2017 from her husband’s bankruptcy trustee.

In response to the new home proposal, chairman of the Burnaby Residents Association, Liam Sweeney has told the Council that the proposed development “would be out of character with the existing pattern of the area and would represent a crammed form of development”.

Mr Sweeney stated that the scheme would seriously injure the amenities of the area.

Referring to the permission for the other house at the site, Mr Sweeney has told the council that “the manner in which the site is being sequentially carved up for development leaves concerns that additional housing units may be proposed on what remains a cramped and inaccessible site”.

Planning consultant for the Fitzpatricks, Kevin Hughes has told the Council that the proposed development “has been designed to the highest quality, in terms of scale, height, massing and finishing materials, to ensure that there is no detriment caused to the amenity of adjoining neighbours or the character and appearance of the area”.

Mr Hughes states that it is further submitted that the development will not give rise to any significant negative impact on the visual amenity of the immediate area which is located within the Burnaby Architectural Conservation Area.

Mr Hughes states that the density of the site is compliant with the Council’s vision for the site.

The Fitzpatricks held on to their primary place of residence, Camaderry, next to Greystones Golf Club after Mr Fitzpatrick was declared a bankrupt in 2010.

He resigned as chairman of the bank in December 2008, almost a month before it was nationalised, after the true extent of his loans, amounting to around €122 million, were disclosed by the bank.

A decision is due on the application next month.