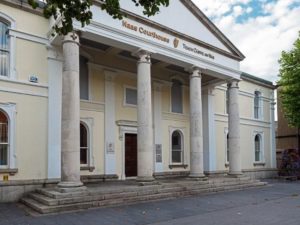 A MAN who impregnated a teenage girl that he believed was his daughter has been charged with 55 counts of rape and sexual abuse and will face trial at the Central Criminal Court in Dublin.

He found out during the investigation that while he was responsible for her pregnancy, the teenage girl was not actually his biological daughter.

This came to light in Naas District Court last week (9 September) when the man, who is in his sixties, was served his book of evidence and sent for trial to the next sitting of the Central Criminal Court in Dublin.

Sergeant Brian Jacob told the court that in 2020 the child protection agency Tusla received an anonymous letter alleging that a teenage girl from rural Kildare had been receiving sexual texts and messages from her father, the defendant, between 28 October 2018 and February 2020, and it subsequently came to light that she became pregnant by him.

However, following the DNA tests as required following the birth of the child – supposedly his own child and grandchild – it was revealed that while he was responsible for the pregnancy, the girl was not his biological daughter.

“They had lived their lives up to this point believing this man was her father, but it all came out in the DNA,” said Sgt Jacob. “We don’t know who [the named girl]’s father is. It is a very complicated case,” he added.

He explained that, despite the circumstances, the teenager had kept her baby and is being assisted with “some input from social services”.

“I sincerely hope she and her baby gets help, but I don’t know how they’re going to tell the baby in the future ‘you were born out of an alleged rape’. This is seriously, seriously depressing,” said Judge Desmond Zaidan.

He then formally sent the man forward for trial at the next sitting of the Central Criminal Court on 55 charges contrary to the Criminal Law (Rape) Act, 1981.

The defendant was remanded on continuing bail, on condition he provides his own bond of €10,000, signs on at a named Kildare Garda Station three times a week, surrenders his passport, provides gardaí with a phone number, has no contact whatsoever with the alleged injured party, and stays away from a named neighbourhood in Co Kildare.

The judge assigned him legal aid for his solicitor, and for a senior and junior barrister for his forthcoming trial.