Ministers welcome thousands of students back to TU campus 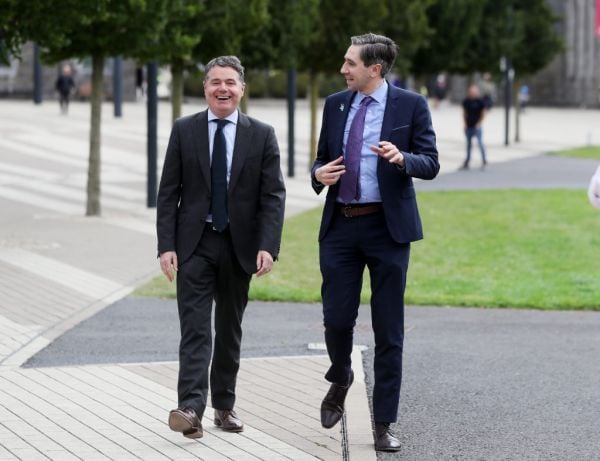 More than 10,000 students and staff have been welcomed by Government Ministers to the new Central Quad at the Technology University (TU) Dublin campus.

Minister for Further and Higher Education Simon Harris and Minister for Finance Paschal Donohoe said that thousands of students would return to college campuses over the next week.

The new Quad is the largest building in Grangegorman in Dublin, at 36,000 square metres.

Ministers @SimonHarrisTD and @Paschald today visited the new state-of-the-art Central Quad at TU Dublin campus in Grangegorman where they were met with student optometrist Shona Hendrick and Delcan Hovenden, head of the School of Optometry.https://t.co/yB8mrTiIXf pic.twitter.com/iSDkMpAT7T

The East Quad offers a further 16,000 square metres of teaching and performance space.

Mr Harris said: “It’s lovely to be back in university campuses and seeing students go back to college and returning to on-campus and learning.

“I really want to thank all our staff for the huge amount of work they put into making this happen.

It was great to join Minister @SimonHarrisTD at @WeAreTUDublin in Grangegorman this afternoon. Wonderful to see students arriving to this spectacular campus in the heart of Dublin central. pic.twitter.com/6duwiwVZrz

“Eight of our higher education institutions are now open, and their academic years have begun again and so far so good.

“We are getting very good and positive feedback.

“The new academic year will really start kicking off in earnest next Monday.

“I want to wish everybody the best.”

Mr Donohoe said: “Grangegorman is an important development under Project Ireland 2040, and the transformation of the 73-acre site of the former St Brendan’s Hospital into a state-of-the-art higher education campus is one of the most significant social and urban renewal projects in Dublin’s inner city.”

President of TU Dublin, Professor David FitzPatrick, said: “Walking through the campus today, it was uplifting to see a flurry of activity as the University prepares to welcome new and returning students to our five facilities across Dublin for the new academic year.

“But, of course, we have also reached an incredible milestone with the impending arrival of 10,000 students to the East Quad and Central Quad on our flagship campus in Grangegorman in less than a week.”