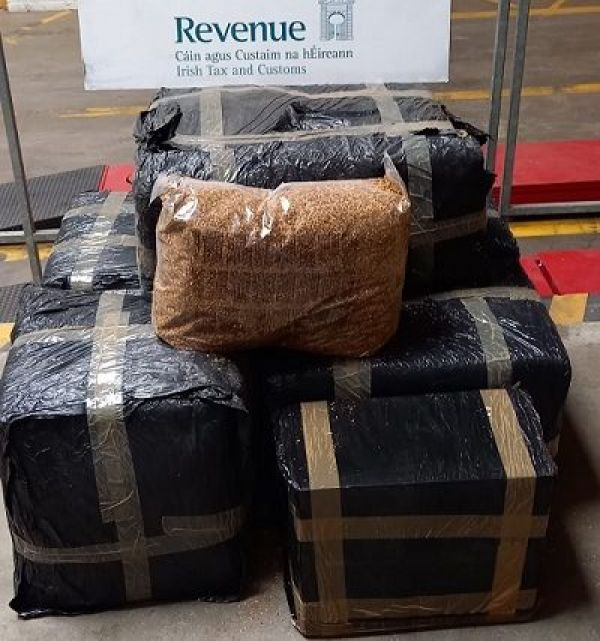 Routine profiling by Revenue officers has resulted in the seizure of over €70,000 worth of tobacco and over €24,000 in cash in the space of a week.

The seizures were made on three separate occasions at Rosslare Europort and Dublin Port over the last number of days.

The first seizure involved an Irish-registered vehicle which was intending to board a ferry to Bilbao, Spain. Officers stopped and searched the vehicle, discovering €10,500 in cash.

A Spanish national, aged in his 40s, was later questioned in relation to the matter and a three-month cash detention order has since been granted by Gorey District Court as investigations continue.

On Saturday, a second seizure at Rosslare involved €14,469 in cash, which was discovered with the assistance of a mobile x-ray scanner and detector dog, Flynn.

The Irish-registered freight vehicle, in which the cash was found, had disembarked from a ferry from Bilbao and a man in his 50s was questioned.

Finally, on September 8th, Revenue officers were also involved in a seizure at Dublin Port.

Approximately 116kg of tobacco was found in three separate consignments which had come from Poland, with an estimated retail value of €72,700 representing a potential loss of €59,900 to the Exchequer.