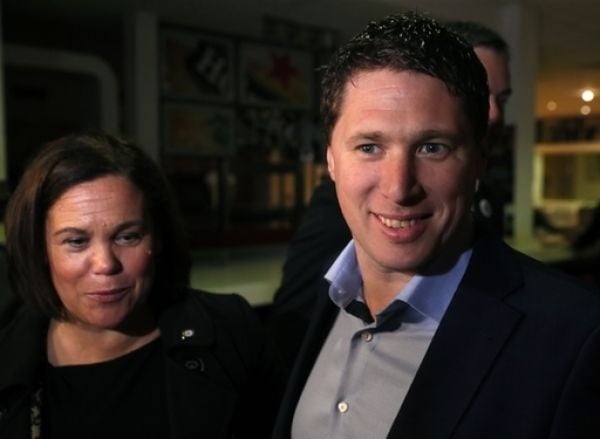 A Fine Gael Minister says Sinn Féin should go to the gardaí if they believe there’s been a leak at Cabinet.

A spokesperson for Minister Harris says this was a clear misuse of Dáil privilege, and it’s untrue.

Junior Minister Peter Burke says Sinn Féin should go to gardaí if they have evidence.

Mr Burke told Newstalk: “In relation to Matt Carthy, Sinn Féin have form on abusing Dáil privilege. We saw that before with Mary Lou McDonald reading a list of names into the Dáil record.”

He added: “I would say to Matt Carthy directly, if he has such evidence let him come forward and have it tested because there are proper routes to do that, I as a TD and a Minister of State take very seriously my responsibilities and I know that leaking from Cabinet is a criminal offence.”

Mr Carthy claimed that “rather than dealing with the debacle, Fine Gael were running a sting operation to expose that Simon Harris had leaked the appointment from the Cabinet meeting because that is how business is done”.

“Appointments to public bodies right up to the Supreme Court are decided not by what you know, but who you know,” he added.

Minister for Foreign Affairs Simon Coveney survived a motion of no confidence, brought forward by Sinn Féin, after the Dáil voted confidence by 92 votes to 59.

Tánaiste urges employers to give staff a pay hike