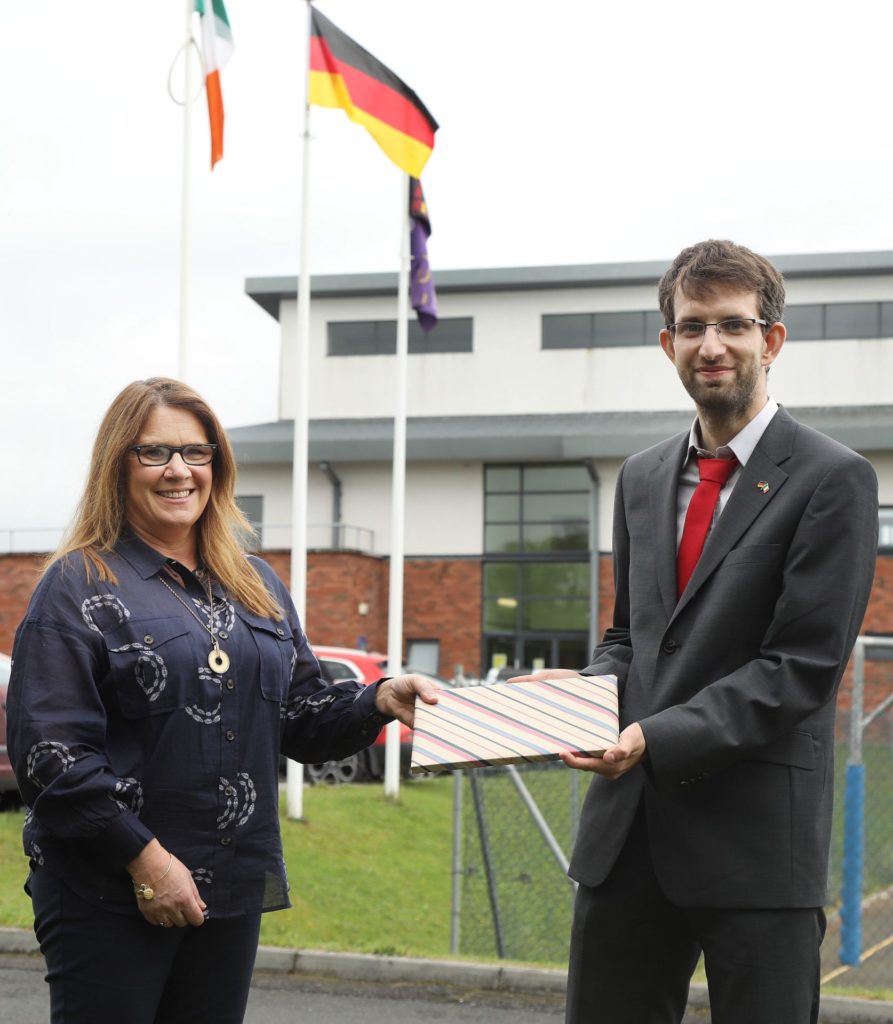 Presentation College teacher Una Byrne, president of the German Teachers’ Association of Ireland, with Robert Henneberg from the German embassy, who visited the school recently 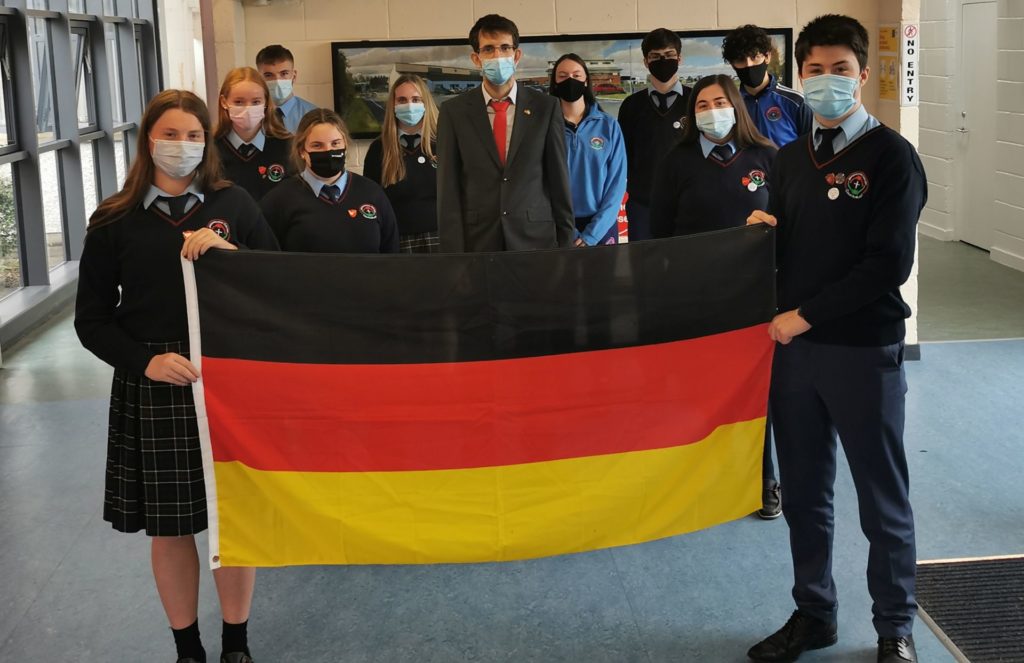 Herr Henneberg meets some senior students from the German class

PRESENTATION College, Carlow extended a warm ‘willkommen’ to Robert Henneberg from the German embassy last week, his visit giving students a wonderful opportunity to practice their German and enhance their language skills.

The visit was arranged by Presentation College teacher Una Byrne in her role as president of the German Teachers’ Association of Ireland (GDI).

All four schools participated in a German public speaking event organised by the GDI in September 2019. At that time, students and German teachers from all four schools met in Presentation College for the final, which was attended by the then ambassador, her excellency Deike Potzel, as well as representatives from the Goethe Institut.

Robert speaks several languages, including Irish, which he began to learn while on Erasmus in France. He also has vast experience of the Irish education system, having worked as a foreign language assistant in Wexford and taught at and managed German summer camps.

Robert was welcomed to Presentation College, Carlow by the senior management team and he presented Una with some wonderful resources for the school library. He then met a group of second-year students, who all introduced themselves in German and, despite the masks, were able to understand Robert, who also introduced himself in German.

The students showed him their dream house/room posters, which had been done as part of homework, while Robert also answered various questions, in particular about language learning.

He explained that all languages have challenges – even English, with its strange spellings and pronunciations – two/too/to through/rough/bough. All very confusing for a German!

Robert also met a group of sixth-year students, who were interested in methods of achieving fluency and job opportunities. The students discovered that there are many opportunities, both in Germany and in Ireland, for people with or without degrees who have German, while students were encouraged to speak German at every opportunity and to keep practicing.

Robert advised that it is “better to speak and make mistakes than to not speak at all”.

The students were fascinated that Robert spoke Irish, while there is a network of Irish speakers in Berlin, along with a strong GAA club, as well as a German GAA team … with Robert playing on both teams.

“As the German national holiday will be celebrated on 3 October and the European Day of Languages is held on 26 September, this was a wonderful opportunity for students to be reminded of the importance of language learning and the increased opportunities in life for those who speak several languages,” said Una.

“We would like to thank the German embassy for valuing the importance of the young learners of German and French by supporting them with the interesting and educational visit and the gift of books. We wish them all the best as they prepare for the German Unity Day on 3 October and the upcoming visit of the German president to Ireland,” she added.