Coveney acknowledges hurt among minorities on both sides of border 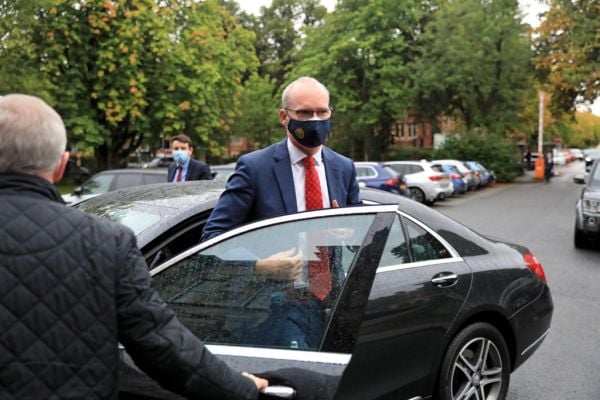 Foreign Affairs Minister Simon Coveney has said there was hurt among minority communities on both sides of the Irish border following partition.

Mr Coveney was speaking during an event in Belfast organised by the Presbyterian Church to mark the centenary of Northern Ireland.

He described the centenaries of the events which led to the partition of Ireland and the foundation of Northern Ireland as “particularly sensitive” and “hotly contested”.

“We have to acknowledge and make space for multiple perspectives including, of course, those from the unionist community who take great pride in Northern Ireland’s existence and achievements, for those of a nationalist tradition for whom partition was a profound loss and who experienced serious alienation under the parliament formed in 1921,” he said.

“And also perhaps not spoken enough of, for southern unionists whose way of life, culture and political aspirations were also forever impacted by partition.

“I think that it’s important I too acknowledge the hurt experienced by minority communities on both sides of the border.

“This period was a period of violence and displacement and suffering, and it was not confined to one community on either side of the border.

“I think any tradition or community who look back honestly over the last hundred years will see many ways and times that we have fallen far short of the principles that we set for ourselves.”

Scores of people crossed the border following partition, including those from a pro-British perspective to Northern Ireland to remain in the UK, while some nationalists moved to the newly formed Irish Free State.

Northern Ireland’s First Minister Paul Givan said his family can be traced back to Ballybay in Co Monaghan but moved north after the partition of Ireland.

“I wouldn’t use the phrase quit Ireland, they didn’t want to quit Ireland, but they moved across the border into south Tyrone like many thousands of other unionist and protestant people and they made Northern Ireland their home,” he said.

Mr Givan said people are “more complicated than the stereotypical view”, describing values as transcending across the UK and Ireland.

He said Northern Ireland was a “very different place to where we were 100 years ago”, from the economy, to building better relationships within Northern Ireland and welcoming others, including 2,000 Syrian refugees recently, as well as to those fleeing Afghanistan.