GRANGE GFC, the Killerig-based club in Carlow, lost one of its most outstanding former players with the death on Tuesday, August 31 of Thomas (Tom) McDonald, Slaney Quarter, Tullow. 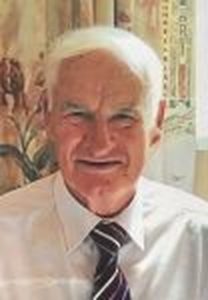 Tom, who would have celebrated his 80th birthday on October 6, passed away in the tender care of SignaCare Nursing Home, Killerig, where he had been a resident for over a year.

Tom first came to prominence as a footballer at juvenile level, when winning a Primary Schools (Under 14) football championship medal with Tullow in 1953.

In 1962 he lined out in the middle of the field for Tullow’s second team – an indication of the strength of the game in the Slaney town at that time – in the county junior football championship final. Tullow lost that final to Ballymurphy.

There was no Intermediate grade in Carlow GAA at the time, consequently clubs were fielding second best in the junior championship.

Having graduated to the outstanding Tullow senior team of the early 1960s, Tom played midfield when Tullow won the back-to-back Carlow senior football championship finals of 1963, with victory against Clonmore and the 1964 decider (v Kildavin), which went to a replay.

In 1964 the Grange club was formed and Tom threw in his lot with them – a big step for a player who was coming from a successful club in the senior grade to ply his football trade with a fledgling club competing at junior level.

In the words of L V Conway Grange club stalwart and former Carlow County Board Chairman, Tom McDonald was a leader on the field for Grange. As a farmer he had great strength and always gave his best for the cause.

Tom’s first outing in the blue and white of Grange was in March 1965 against Rathvilly, in a game abandoned by referee Lal Nolan. Notably Tom McDonald had notched 1-3 of the Grange total of 1-5.

Grange at the time and the club had missed out in a couple of finals, one of which was lost in the boardroom. It was a measure of the man that Tom McDonald had played on at club level for well into his 40s, a demonstration of the great commitment he had to Grange.

Tom was a stalwart in defence for Grange for two decades when the club won Junior and Intermediate Championship titles, as well as several League titles. The club’s first taste of success came in 1965 with a football league title…the first of three-in-a-ow. The breakthrough in Junior Championship was realised in 1968 with a memorable victory over Myshall in one of the best county finals in the grade ever seen in the county.

After a period in senior ranks during the 1970s Grange reverted to Intermediate in 1979, when they completed the championship/league the double, with both finals contested against near neighbours, Palatine.  The Nationalist cited Tom McDonald, the team captain, as one of the outstanding players in the championship final.

By 1985, when Grange won the Senior Football League Division 2 title, Tom had hung up his boots and had taken on the mantle of team trainer.

His work in the committee room continued as a member of the executive committee, serving as club chairman and County Board delegate.  His work with underage teams is remembered with great appreciation by the many young Grange players who benefited from Tom McDonald’s considered advice and considerable knowledge of the game. He steered a Grange juvenile team to a county championship at that time.

Tom McDonald made his senior inter-county football debut in Croke Park, a rare enough occurrence for a Carlow man. His maiden outing in the Carlow senior colours came on March 6, 1966 when the Barrowsiders – who had emerged from a group involving Wexford, Kilkenny and Waterford – played Kildare in a 1965-‘66 NFL Divisional group semi-final, the Grange club man lining out at full-forward. The Lily Whites won 3-12 to 2-5.

A black and white photo of that Carlow team of March 1966 provides a poignant aspect. Tom is pictured beside the late Fr Jimmy Doyle (Kildavin), who died suddenly in October 2020 and Séan King of Éire Óg, who passed away suddenly last month.

In all Tom played 15 NFL games, three in Croke Park, one against Dublin during the 1966-67 campaign; as full-forward on 1963 All-Ireland senior medal winner Leo Hickey, Carlow beaten 3-9 to 1-6; the third a NFL game v Wicklow in November ’71, full-back on this occasion, Carlow winning 1-11 to 1-3, only the county’s fourth competitive senior victory at headquarters.

Fifty years on Carlow is still waiting for the fifth win at ‘Croker.’

Tom played against Dublin in the 1973-‘74 NFL campaign, playing full-forward on Gay O’Driscoll in November 1973, Carlow were beaten 1-9 to 0-4 by the Dubs in Dr Cullen Park. Ten of that victorious Dublin side went on to win Sam Maguire the following September under the management of Kevin Heffernan.

Tom lined out on Greg Hughes in a Carlow v Offaly NFL game in Tullamore, playing centre half forward on that occasion, while his only league scores for his county all came on the one day, 1-2 from full-forward v Kilkenny in Nowlan Park in late 1973. His farewell appearance was in February 1974, at full-back v Limerick in Dr Cullen Park.

He played four Leinster SFC games with Carlow, his first in 1967 against Laois in Athy when, lining out at centre-field alongside Tom Boland of Clonmore, Carlow were beaten 3-8 to 3-6. The following year, again against Laois in Athy, Tom came on as a sub. That day Carlow were beaten 1-12 to 0-7. His third and fourth championship appearances came in 1972, full-back on a team that beat Wexford 0-16 to 1-9 in Nowlan Park, Kilkenny and, again donning the No 3 jersey in Geraldine Park, Athy when Carlow once more fell to neighbours Laois, this time on a 1-7 to 1-5 scoreline.

Tom played three O’Byrne Cup games, two in 1967, at right half forward v Kilkenny (scoring a point); centre-field v Laois (scoring a goal in a 2-13 to 0-5 victory in Fr Maher Park, Graiguecullen); while he was right full forward v Westmeath in a Mullingar defeat in 1968.

Tom reposed in Halligan’s Funeral Home, Rathvilly, from where the remains were removed on Sunday evening, September 5 for prayers at St John the Baptist Church, Grange, where Tom McDonald worshipped. The remains were received by Fr Brian Maguire, PP, Tullow.

Members of Grange GFC formed a guard of honour at the church.

The Funeral Mass for Tom McDonald was celebrated on Monday morning by his first cousin, Monsignor John McDonald, Chaplain, The Curragh. Monsignor McDonald was assisted by Fr Tommy Dillon, CC, Askea-Bennkerry-Tinryland, a former football colleague of Tom’s with Grange.

Following Mass, Tom was laid to rest in the adjoining cemetery.

A number of former county football colleagues of Tom attended the obsequies.

He is survived by his sister, Sr Elizabeth McDonald, a member of the Brigidine Community in Tullow, sister-in-law Eilis, nieces Nuala and Sinéad. He was predeceased by his brother, Paddy.

* A sincere word thanks to Leo McGough, GAA statistician and writer, for providing much of the detail of Tom McDonald’s playing and scoring career. Leo’s contribution is deeply appreciated. Thanks is also extended to L V Conway for his help in compiling the tribute to his neighbour Tom.