Exhibition will reveal how old south Carlow bog is 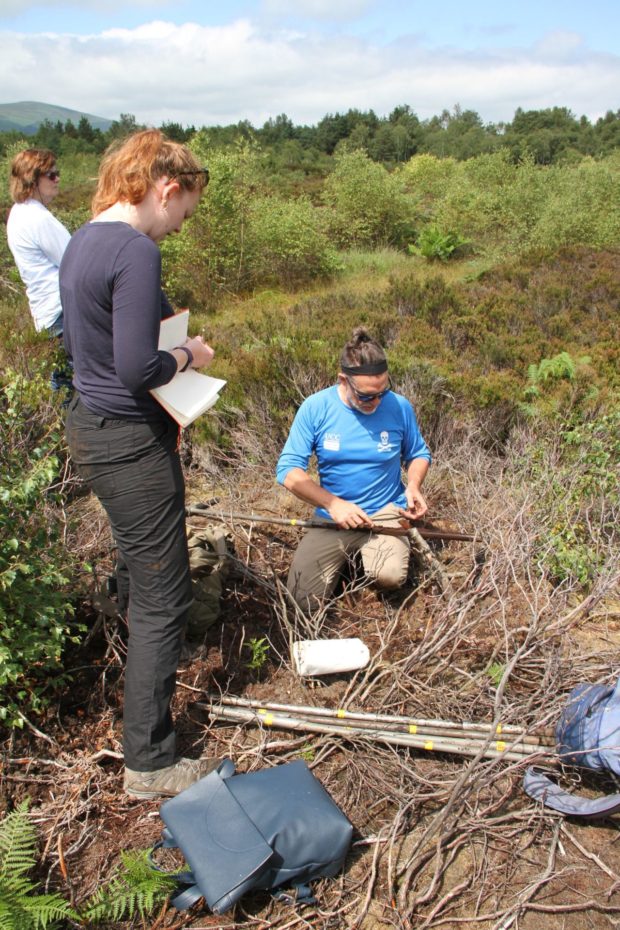 A fascinating exhibition in Carlow will answer the question of how old the the Drummin Bog is.

The Drummin Bog Project will be holding an exhibition on 15 and 16 October at Drummond Hall near St Mullins on 15-16 October.

The exhibition entitled ‘The Banner Project (Phase 1)’ is part of an artist-run series of activities involving people, creative projects and the unique place of Drummin Bog. Two paleo-archaeologists from UCC/Wet Futures visited Drummin Bog last July. Their speciality is looking at pollen residues found in peat. From this they can tell how old the peat is, how it was formed over time, what sort of climate was happening, what agricultural crops were been grown and so on. They took core samples of the Drummin Bog peat at different depths – and brought some samples back to the labs for carbon dating. The paleo-archaeologists are now coming back on those mid October dates to show us what the results are, and to disclose how old Drummin Bog is. 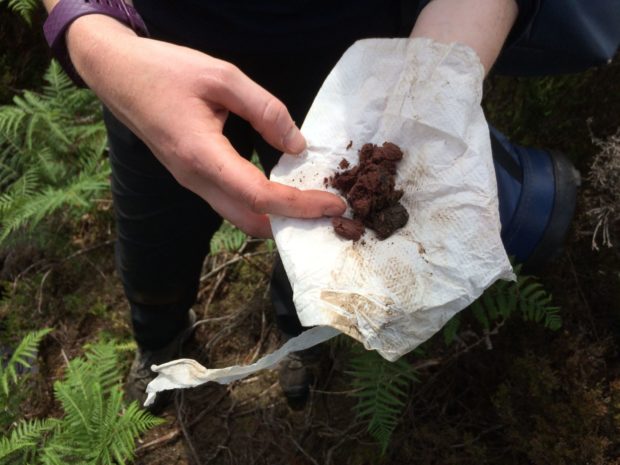 Wood fragment brought up from 3 metres down on Drummin Bog, The estimated age is 5,000 years old

It’s pretty old as about three metres down they found a piece of a tree from approximately 5,000 years ago. It is incredible to think that it hasn’t been seen since the day it fell until now. The researchers also went below the ancient peat, finding much deeper samples from when the bog was a fen, and then lower again to when it was a lake, around the time of the last Ice Age.

Information on these exciting finds will be displayed during the exhibition. Friday will be a great day for the nearby schools to visit Drummond Hall, and on the Saturday, a series of talks and activities are organised. The archaeologists will be there to chat about their work and to do a demonstration of peat sampling. The ecologist Dr Fiona MacGowan will be along to lead a walk and talk on Drummin Bog’s special ecology. There will be an historical timeline to see, a general tour of Drummin Bog, a wood wright’s demo and a bird talk (with an owl nesting box display) on the day. There will be something for everyone and it will be well worth a visit.

The Banner Project is funded by Creative Ireland, with the kind support of Carlow Arts Office, The Drummin Bog Project and Wet Futures.

Further details on the schedule and times will be available closer to the time. Keep an eye on The Drummin Bog Project’s website or the Carlow Arts office Facebook page.